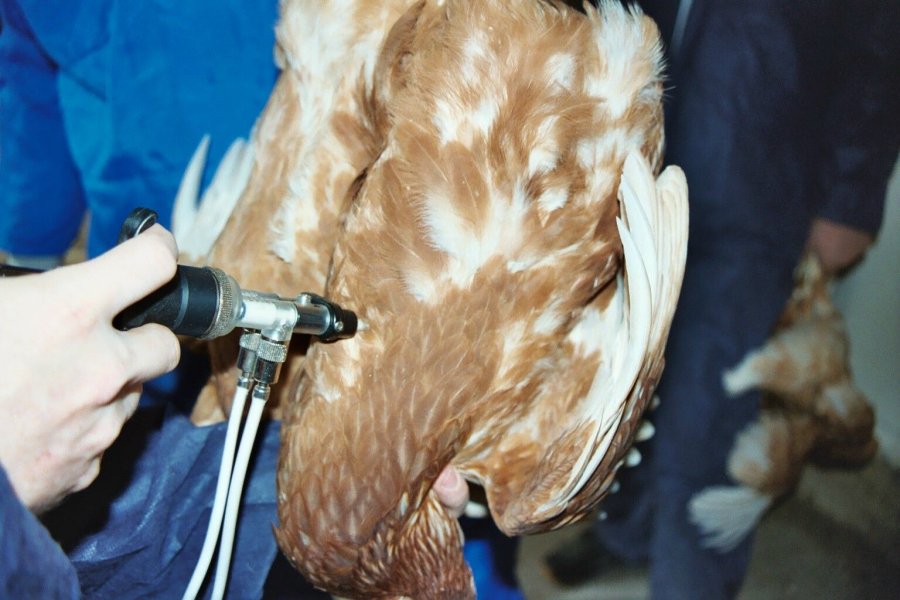 An exodus of overseas workers have left UK poultry businesses in dire straits, with one firm loosing 50% of its workforce over the last four months.

The number of job vacancies has hit one million for the first time since records began, and many of these are in the poultry industry with one broiler integrator reporting 812 unfilled positions.

Since the UK left the EU and the start of the pandemic, the number of overseas workers has been reducing, causing problems for agricultural sectors that rely on them.

Following lobbying from the NFU and other industry groups, in September the government announced their decision to add 5,500 poultry workers to existing visa schemes.

In addition, the government has agreed to issue 5,000 extra visas for HGV drivers to come to the UK to transport food and fuel - easing problems with haulage.

Recruitment for additional short-term HGV drivers and poultry workers will begin in October and this route will be valid until 24 December 2021.

However, this initiative is designed for temporary workers that travel to the UK to support the increased demand for poultry meat over Christmas.

It will not support those businesses who are looking to fill permanent jobs in the wider poultry industry: stock people, catchers etc.

"Temporary workers from outside the UK have long been vital to delivering Christmas for our sector and given the unprecedented challenges of the last year they are needed more than ever.”

For those would have a seasonal poultry business alongside egg production it could be a lifeline - but long-term issues with a lack of applicants to the industry continues.

These issues are all too familiar to Stewart Rogers, of Rogers Poultry Services Ltd, as he deals with overseas workers leaving and a dearth of applicants to vacancies.

He has worked in the poultry industry for 26 years. “We founded our vaccination, catching and fumigation team in 2017, working with pullet rearers and broiler breeders in the Southwest of England.

"At first we only employed vaccinators and contracted the catching work but then started recruiting our own," he said.

A few years ago, they had two teams of catchers, totalling 14 plus 10-12 vaccinators and by April 2021 this had increased to 28 catchers.

“Many of the workers were from Eastern Europe, on full-time contracts – paying tax and National Insurance etc.

"Some settled with their families and found their own accommodation, whilst for other I rented several properties to house them.”

Now Stewart is down to just 14 catchers and struggling to fulfil work. “When the pandemic hit, they were alarmed as they couldn’t travel home to see their families. 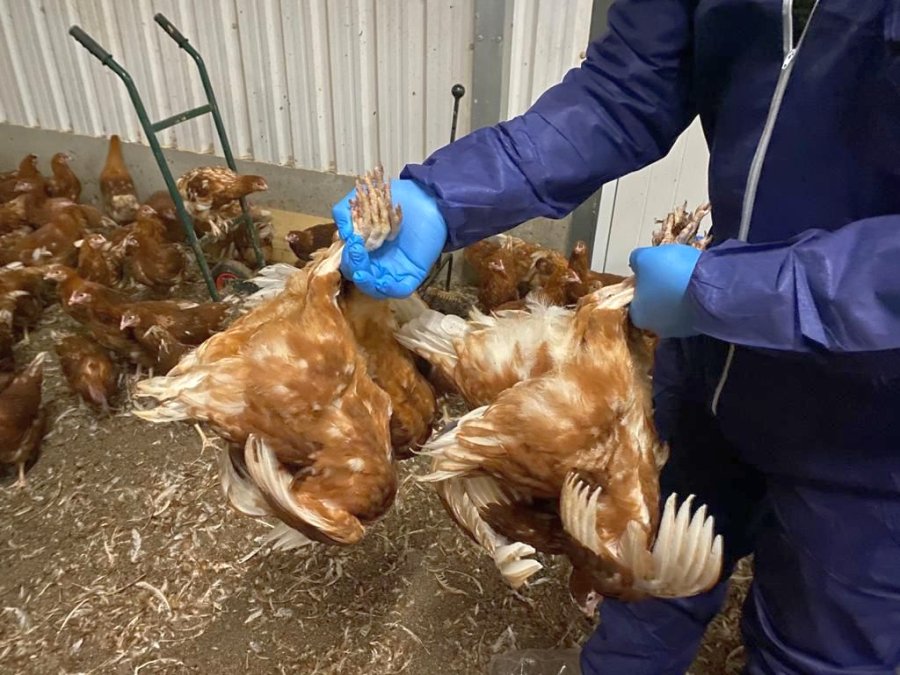 "However, being integral to food supply they were classed as ‘key-workers’ and pleased to play their part in keeping the country fed.”

As restrictions eased many wanted to go home as they weren’t classed as skilled workers, who must be paid £25,600.

“They knew what was needed to stay and decided they’d rather leave of their own accord, rather than be forced to go," Stewart said.

"Also, with the weakness of the pound and the skills they had developed, they easily found comparable contracts in France, Germany, Belgium and the Netherlands.”

Not all stayed in the poultry industry but those who did highlight the issue of us developing great workers only for other countries to benefit.

“It’s frustrating because they would have rather stayed here and were good dependable workers. Mainland Europe also offers them the ability to travel home more frequently and easily.

"There was the option to apply for a temporary visa but that would cost them nearly £700. Some had already completed all the paperwork to achieve settled status and some of those have stayed with their families, but others have left.”

He’s now only housing four or five workers and has had to take the decision to end rental agreements of several properties.

“To lose half of your work force is very concerning, I’d worried about the effect Brexit would have on labour for some time," he added.

"Hauliers are already at breaking point and speaking to my customers they need stock workers and managers too. It goes to show that you are only as strong as your weakest link.” 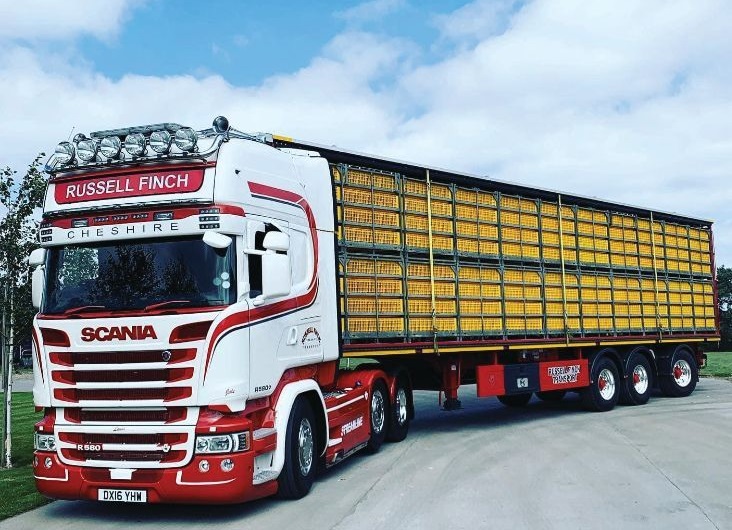 The government has agreed to issue 5,000 extra visas for HGV drivers to come to the UK

Stewart employs British workers too and a month ago placed job adverts on Facebook. “It was viewed by over 6,000 people but I only got one application," he said.

"The problem is finding people that want to do this kind of work. Catchers are paid significantly more than the national living wage, but most would have a job in a supermarket or factory that pays similarly.”

He can understand why it isn’t everyone’s cup of tea but says that the industry can’t afford to pay higher wages. “Whilst people aren’t prepared to pay more for food, there isn’t any more money in the system.”

Labour shortages are affecting all areas of the poultry industry. There are reports of producers unable to get flocks moved out at the end of the laying cycle and broilers destroyed in houses, as there isn’t sufficient slaughterhouse staff to process them.

Stewart said: “The issue of staff shortage in the industry has been overlooked for some time but it is only now that stories are making the press.

"Nando’s and KFC have been forced to close restaurants as they can’t guarantee a supply of chickens. Everyday I’m discussing the issues with my customers to work out how we are going to manage, but no one knows how long it is going to last.”

Stewart described himself as normally much more positive, but this issue is causing him grave concern. “I know that the possibility of temporary visas has been discussed for agricultural workers.

"That would certainly help in the short term but there needs to be wider solutions to help the industry in the long-term.”

While catching machines are one answer in the broiler industry, it isn’t going to work in pullet or layer houses, due to the amount of furniture in the house.

“The question is this the end for cheap labour for food production and if so the additional costs to encourage British workers into the industry is going to have to be passed through the supermarkets and to the consumers," he said.

"And maybe that is a good thing – people seem happy to pay £4 for a coffee but baulk at paying the same for a chicken. 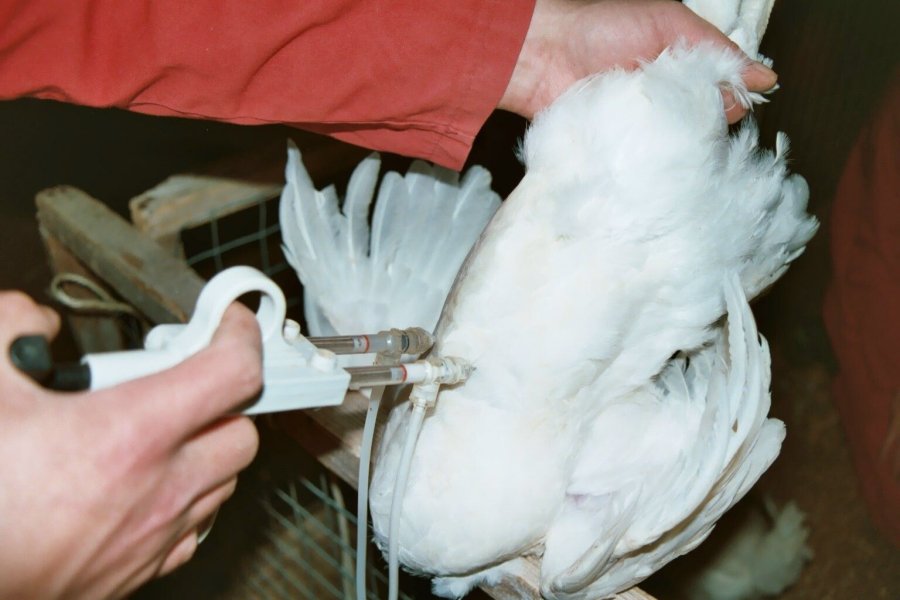 Many of Stewart Rogers' poultry workers were from Eastern Europe, on full-time contracts

"British produce needs to be more highly valued by the public as the quality, high welfare product it is.” Stewart estimates that this would mean a 30-40% pay increase for workers.

“It’s important that these jobs are valued as skilled too. They must undertake regular training and meet the requirements of quality standards.

"Many of them have worked for us for 10-20 years and are very experienced, we should be looking after these workers.”

Instead, they are moving to EU countries, who are benefitting from their expertise gained in the UK.

Kelly’s Turkeys, one of the UK's biggest turkey producers, have warned that imports from France are likely to increase due to labour shortages.

PoultryNews reported owner Paul Kelly as saying that the turkey sector will be badly hit this Christmas as businesses rely on agencies who bring in labour from the EU and that pool of labour is no longer accessible.

“The larger companies have made the prudent decision to reduce Christmas turkey numbers by at least 20% as they simply cannot process the turkeys without the seasonal labour to do it," he said.

"Covid has not helped the labour situation – but it is not the primary reason as many EU workers have left UK.

"They do not feel welcome anymore and unless they have settled status – which only lasts for five years – the paperwork they need to go through to get here is bureaucratic and is costly.”

Christmas turkey production is a popular diversification for free range egg producers, but they too will face issues if those that regularly to this seasonal work don’t have settled status.

A group, which includes the British Meat Processors Association, Food and Drink Federation, Road Haulage Association and UK Hospitality has called on the government to bring in a special 12-month Covid-19 Recovery Visa to help alleviate staff shortages in the supply chain.

The group said this would allow the supply chain to recruit people into critical roles, such as HGV drivers, in the short term.

"This visa will alleviate the pressure on the sector and give it the time it needs to continue to recruit and train domestic staff.”