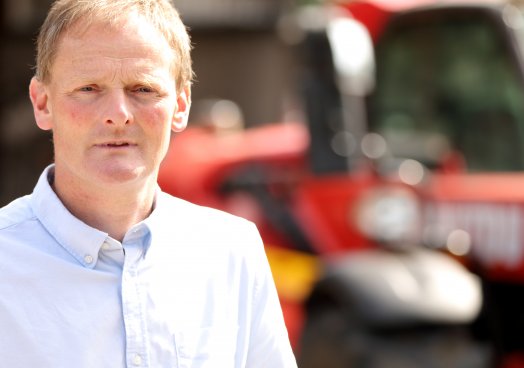 Northern Irish farmers have urged the government for fairness when inspecting biomass boilers.

Over 1,000 sites in NI have been subject to an investigation as part of the Department of Economy’s (DfE) 100 percent programme of inspections.

A common problem has been the suspension of RHI payments for participants who must endure additional checks because of issues that arose during the initial audit.

The Ulster Farmers’ Union (UFU) is seeking for fairness to be applied in the audit process.

"They take issue with the sheer volume of records and details required which is crippling.

"Any inspection referred from DfE to the Office of Gas and Electricity Markets (Ofgem), requests the exact same information from the boiler owner."

He asked: "What is the need for duplication? Why can’t the details retrieved be passed from DfE to Ofgem?

“Bearing in mind the majority of audits are being referred to Ofgem and while boiler owners are required to respond to Ofgem within seven days, it can take months for Ofgem to respond back.

"The often lengthy follow up process after inspections leads to delays in RHI payments and according to the RHI regulations, periodic payments may be placed on hold for a variety of reasons.

“We hope that the audit process which is occurring in Great Britain is the same approach that is being taken here in NI and that our counterparts across the water are being audited in an identical fashion.

"All we are asking for is fairness. We want every boiler owner to have a fair, physical, onsite inspection to make sure fraud is not happening.”

In April 2019, the Buglass Report confirmed the UFU’s view that boiler owners were left with no choice but to return to fossil fuels because of the financial hit they have taken following drastic tariff cuts.

Since then, there has been a slump in fossil fuel prices with oil price predicted to remain low going forward, widening the gap between different types of fuel and driving more boiler owners to the fossil fuel alternative.

The union added that tariff cuts made a 'mockery' of any moves to reduce fossil fuel use and the wider debate of future energy policy in NI.

Mr Brown said DfE had effectively created this 'self-perpetuating downward spiral': "Boiler owners had a budget and then DfE dramatically cut the tariff and are now making an unfair assumption that boiler owners had previously been generating heat for the purpose of making money.

"They’ve been asked to justify the change in heat use since 2017 when they have been forced to make changes on account of the tariff cuts imposed upon them.

"This is incredibly frustrating for RHI participants, just because they’ve reduced their heat output generated from a renewable source since then doesn’t mean they were using too much before. They simply can’t afford it anymore and have been forced to revert to fossil fuels,” said Mr Brown.