Fall from ladder leads to life-changing injuries for farmer 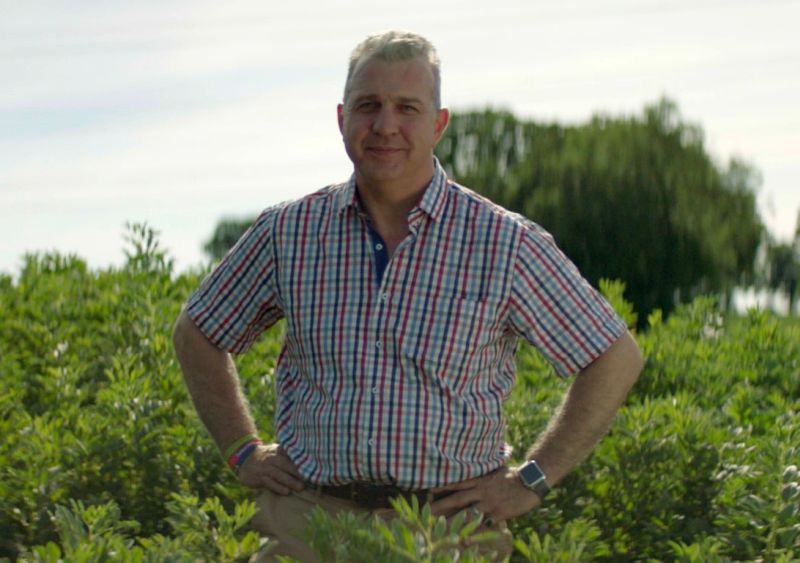 After the accident, Tim said that the only way he could communicate was by writing notes on bits of paper

A farmer has described how one slip during a simple work operation has had life-changing consequences.

Tim Papworth, owner of a farming business in Norfolk, did what most farmers do as second nature.

He decided that a job was too dangerous to ask an employee to undertake and set about it himself.

Unfortunately, his foot slipped as he was climbing a ladder and he fell, suffering a serious head injury.

He was taken by air ambulance to the specialist trauma unit at Addenbrooke’s Hospital, Cambridge, where he spent five weeks in a drug-induced coma.

As with many of these instances, the incident happened during a busy time on Tim’s farm, as potatoes were being moved into a new store at Tunstead.

One of the light bulbs had gone and Tim agreed to change it.

“I can remember getting the bulb from my car and going up the ladder, but that’s as much as I can remember until I woke up at Addenbrooke’s,” Tim explained.

“I couldn’t speak and had two bleeds on the brain. I was paralysed on the left side of my body. I couldn’t do anything for myself.

“The only way I could communicate was by writing notes on bits of paper,” he said.

Thanks to the speedy reaction of the air ambulance and the team at Addenbrooke’s Tim knew he was going to survive.

However, he was anxious about how he would function in the future and the effect it would all have on his wife Emma, their children and the family business.

Tim said: “How to keep the business running and earn the money to look after my family worried me no end.”

The injury happened five years ago and thankfully Tim has made a full recovery apart from impaired hearing in his left ear.

He jokingly refers to himself as The Terminator or Titanium Tim due to the plate that has been placed in his skull, but he fully realises that safety is no joking matter.

The fact is falls accounted for 18% of all farm fatalities in 2018/2019 as well as countless life-changing injuries.

Tim explains: “I am one of those individuals that learnt safety by accident but by using my story to highlight the physical and mental impact an injury like this can have on your family and your business, I hope I can prevent this happening to someone else.

“As a farming business, we are so much more conscious of safety all the while and it has made me slow down and think about every process every single day.”