Farm company ordered to pay out £45k after polluting watercourses 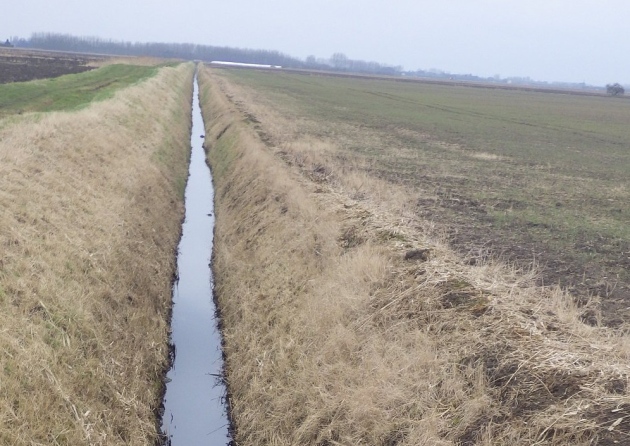 A company that grows crops for energy has been ordered to pay a total of £45,648.50 in fines, costs and compensation

A farming company has been ordered to pay more than £45,000 after it polluted two Fenland watercourses.

Both pollution incidents were a result of silage liquor leaking from ag-bags and making its way into the watercourses, Cambridge Magistrates’ Court heard.

The incidents occurred at Little Racy Drain in Emneth Hungate, Norfolk, and the New Cut Drain at Aldreth in Cambridgeshire.

Magistrates heard that ag-bags are large bags often stored on fields, filled with agricultural feeds and once sealed should be airtight.

They vary in length, but an example of the size of ag-bag involved in this case is 77 meters long and contained 318 tonnes of silage.

Being airtight and subject to direct sunlight, there is a large amount of gas and silage liquor produced in the bags which needs maintenance by the owner.

This involves releasing the gas to avoid the bags bursting and removing of the liquor to stop the polluting liquid escaping and getting into the environment.

The court was told that on 7 February 2017, the Environment Agency was contacted by a member of the public to advise that they believed there had been a pollution from the ag-bags located on land in Emneth.

An officer attended the site the following day and found that the pollution was caused by silage liquor escaping from some of the 8 ag-bags present on site.

Some of these ag-bags had holes in the sides from where it is believed the silage liquor had leaked and others had leaked silage from underneath.

Sewage fungus was found growing 300m downstream of the incident.

Samples taken found the water to be “clearly harmful” to the biodiversity of the watercourse.

Interviewed under caution, the company admitted that it had caused the pollution in both instances.

The company said it had tried to identify drains on the site and had checked the ag-bags, but admitted to not pumping out any of the silage liquor which ended up in the watercourse.

It cited the extreme weather for the bursting of the ag-bags at Aldreth and had said that the ground had been too hard to absorb some of the liquid.

The court was told that another company in the group has previous convictions for 2 similar offences dating back to 2014.

A director of Pretoria Energy Company accepted that the companies communicated lessons learnt from that incident.

At sentencing, the Magistrates found that the company were reckless with respect to both incidents.

After the sentencing, environment officer, Joe Vervaeke, said: "We are satisfied with the sentence handed out today and hope it acts as a deterrent to others.

"The silage liquor which leaked from the ag-bags into the watercourses would have had a detrimental effect on the environment so it is only right that the company responsible should be held to account."