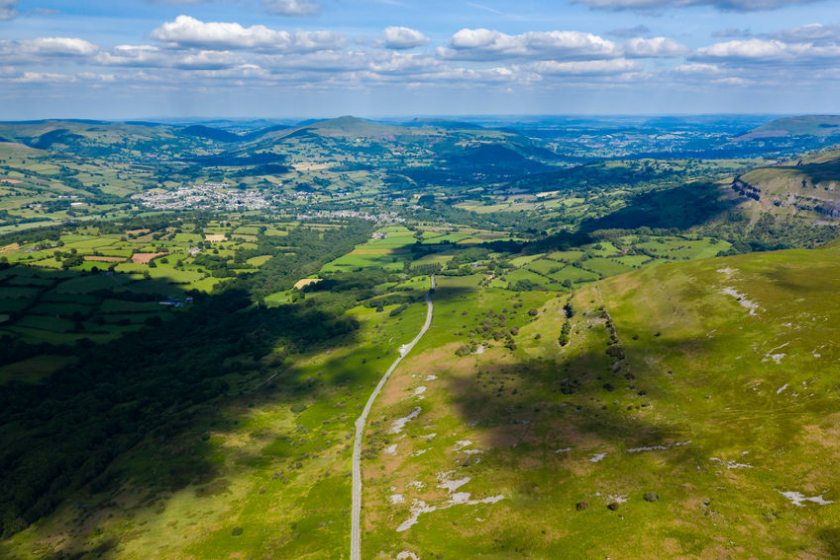 A family farm rearing beef heifers on marginal land in Wales has shortened its winter by two and a half months since improving grassland management.

Based on 80 head of cattle at a benchmark housing cost figure of £1.40/head/day, this would equate to £8,400 saving for the business.

In addition to this, they calculate an annual cost saving of £1,000 on fertiliser.

They source the animals direct from farms or livestock marts as two or three week old calves and rear them to sell as bulling heifers at 18 months.

The Johns also run a herd of 30 suckler cows which they cross with a Limousin bull.

David John, who farms with his parents, Dewi and Diana, and his wife, Beth, knew the farm had more grass-growing potential after trailing early turnout in 2019.

“We tried it and it worked so we knew the land had that potential," David said.

As part of his personal development goals in his role as a lecturer in agriculture at Bridgend College, he applied for a place on the Farming Connect’s Master Grass programme.

David is now a Welsh Pasture Project farmer, measuring his grass twice a month and sharing that data with other farmers.

He has made multiple changes to his system, including replacing set stocking with rotational grazing.

“We have got a lot more grass on the shoulders of the season. In 2019, we were feeding silage to heifers at the beginning of October; this year, they were out at grass until 15 November," he said.

David put this down to 'short and sharp' bursts of grazing with 80-90 cattle in 3ha paddocks for five days followed by long rest periods – in the autumn that rest period can be up to 50 days.

Not only is turnout now in March instead of May, but he calculates that his bagged fertiliser usage dropped by 4.4 tonnes in 2020, a saving of £1,000. 4.4 tonnes of Ammonium Nitrate is also equal to an emission saving of 12.3t CO2e.

Suckler cow conception rates have improved too: “They are in better condition due to improved grazing."