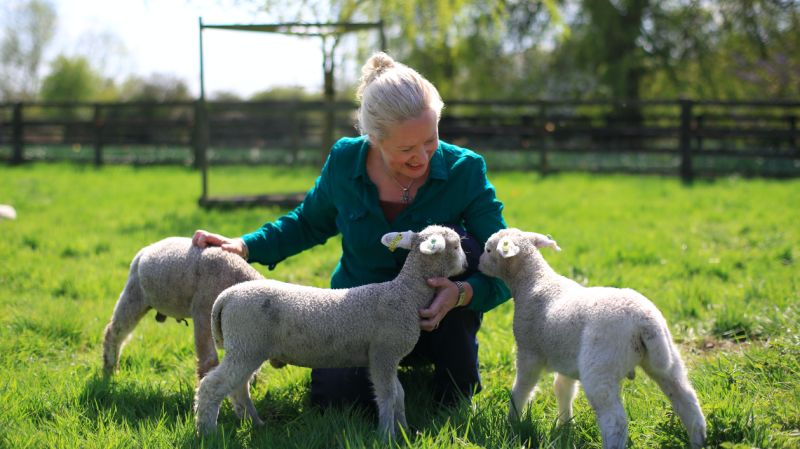 A farm which was featured on the hit BBC series The Archers has opened a £1 million share offer to protect its future operations.

Stockwood Community Benefit Society (CBS), owners of Rush Farm Worcestershire, is seeking to raise money through their share offer - a 5% return on investment.

The farm has a rich legacy. BBC Radio 4's farming series, The Archers, the world's longest running radio soap opera, was written and recorded at Rush Farm in the early 1950s.

The Stockwood CBS owns the farm and is the UK’s only community-owned farm, paying shareholders a 5% financial return while providing social, environmental and economic impacts.

Over 300 investors have already invested their savings to make a return. Besides financial gain, wildlife thrives, rural employment is secured, and renewable energy is generated.

Four years on from opening the farm up to investors, Stockwood CBS now wants to scale up. A conference in Spring 2019 will be held to meet potential partners interested in starting similar projects.

Sebastian Parsons, Chief Executive of Stockwood CBS said: “Stockwood showcases that it is possible to have a thriving and sustainable farm business that enhances the wellbeing and security of the local community.

“We’re asking people to ethically invest in a project that will have decent returns and high social and environmental impacts.”

Mr Parsons said the potential for the business model to be scaled up across the UK to protect land for future generations is "huge".

"There are hundreds of farmers looking to diversify who have empty outhouses ready to be transformed into business parks that will support the local economy," he said.

"Their land can provide a source of wealth and health for the community where nature and farming thrive. We want to hear from people interested to make this happen.”

The £400,000 ground source heating and cooling system won a regional award for the best large scale renewable energy project in 2017 and generates 86% of the business park’s total energy demand.

To offset the purchase of electricity from the grid required to power the heat pumps, Stockwood CBS has installed 170 solar panels which can generate 50 kW of clean electricity.

The renewable energy project generates over £50,000 of additional income, on top of the rent from Stockwood Business Park.

Rush Farm is a natural haven for wildlife and supporting a variety of species including the rare brown hairstreak butterfly and lapwings. The farm is supported by Natural England’s High Level Stewardship Scheme to support the development of wildlife habitats.