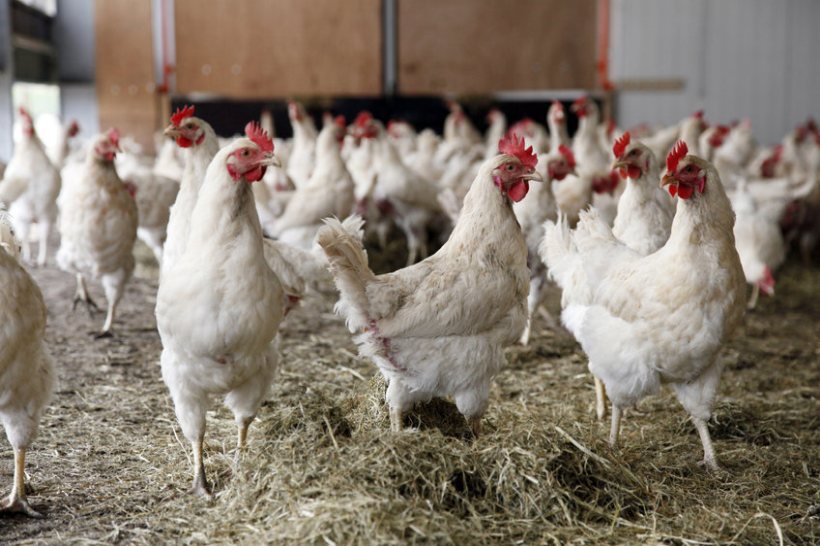 The firm, which manages poultry farms, was sentenced after a computer malfunction in a broiler shed ventilation system

A Leicestershire farming company has been handed a £44,000 fine after a poultry shed malfunctioned killing tens of thousands of chickens.

The firm, which manages poultry farms, was sentenced after a computer malfunction in a broiler shed ventilation system caused the death of more than 27,000 chickens.

The firm pleaded guilty to four charges under the Animal Welfare Act 2006 in a hearing at Leicester Magistrates Court on Wednesday 27 April.

Some 50,000 chickens were being kept in a large shed at Hose Lodge Farm in Colston Bassett when, on 26 May, 2020, the systems that regulated air flow, vital for the welfare of the chickens, failed.

The court heard that inlets on the side of the building closed during a rest period for the birds in the afternoon, but another tunnel ventilation system failed to open creating a sealed unit.

On what was a warm day, the temperature within the shed rose rapidly. The birds could not cool down because of the ventilation failure, causing them heat stress and death.

An alarm sounded when the temperature rose to 37 degrees and staff were alerted but council investigators said that should have been set to go off at 27 degrees.

At the time of the incident, the farm manager was on leave but still attended as he lived on the site. A relief manager provided by the firm had left the site to take a break when the incident occurred.

By the time staff were able to get into the shed 27,249 of the chickens had died. The council prosecuted the company for being negligent in its care of the birds, which were being farmed for their meat.

Trading standards also said the company had failed to ensure there were enough staff to look after the chickens and that they were not trained to the level they needed to be, which led to a situation where they didn’t know what to do in time.

The council argued the offence was aggravated because an APHA vet had visited the farm in November 2019 and raised concerns about there not being sufficient staff or a ventilation plan.

District Judge Nick Watson described the incident as ‘a disaster’ and said those birds that survived would also have suffered.

In mitigation, solicitors for the defendant said the company, which managed poultry operation on behalf of the farm’s owner, regretted the incident.

The court heard Hudson & Sanders had no previous conviction for animal welfare offences and had an otherwise excellent reputation in the industry.

After the hearing, the county council’s head of regulatory services Gary Connors said: “This was an awful but thankfully rare incident in terms of the scale of unnecessary suffering.

“However, we hope the level of fine prompts businesses operating in this sector to review their operations to ensure they have adequate staffing and procedures in place to avoid such a distressing incident happening again.”