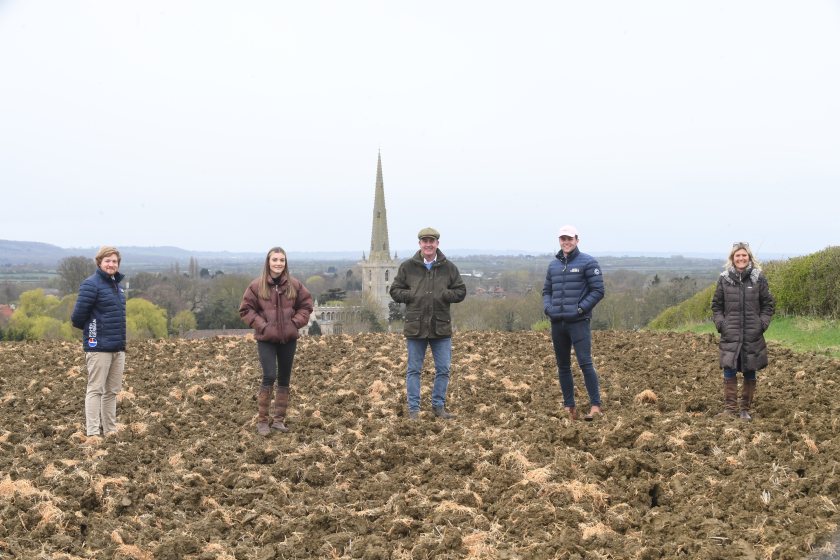 A farm will go ahead with an unusual method of diversification after receiving planning approval to transform one of its fields into a natural burial ground.

Castle View Farm, in Bottesford, Leicestershire has gained permission to create a natural burial ground on land to the east of Normanton Lane.

The Goodson family want to provide a peaceful environment for remembrance at a site filled with wildflowers and views of the countryside.

Their burial ground aims to provide a sustainable alternative to conventional burial and cremation options, without the formality and memorials of traditional cemeteries.

Individual graves will not have traditional headstones but will be marked by discrete wooden plaques or carvings within a wildflower meadow.

The 136-hectare farm is run by husband and wife James and Clair Goodson, with support from their two children Emily and George.

The natural burial ground was the brainchild of 21-year-old Emily, who is studying Business and Environment at the University of Leeds.

She came up with the idea as a way to make use of the site while both maintaining the landscape of the area and enhancing its biodiversity.

Emily said the family had looked at a number of different diversification options for the site, but they wanted something which wouldn’t impact on the landscape.

“It’s at the top of a hill with beautiful views of the Vale of Belvoir so we were keen to ensure the natural features were not just maintained, but enhanced, which is when I suggested a natural burial ground," she explained.

In terms of infrastructure, the burial ground will include a grid reinforced car park which will have grass growing through it to be sensitive to the surroundings.

The rest of the site will be transformed into a wildflower meadow, Emily explained, admitting that it was 'one of the more unusual methods of diversification'.

But she said the idea would provide significant benefits to the local community and the ecology of the area.

Emily added: “It will also open up what is currently a private arable field so that members of the community can appreciate views that they won’t have seen before due to them being constrained to the public footpaths or permissive access we allow.”

Wildflower planting, landscaping and fencing is expected to take place later this year and the site officially opening in 2022.

Once open, the site will be able to accommodate up to 100 burials per year.

James, who also works for property consultancy Fisher German, has enlisted the firm’s planning team to bring the idea to life.

He said: “The site will provide people of all faiths with a place that they can reflect and celebrate life, surrounded by stunning countryside views.

“We are extremely proud to see Emily’s idea come to fruition. It’s excellent when young people in farming families have ideas like this that they are able to take forward."