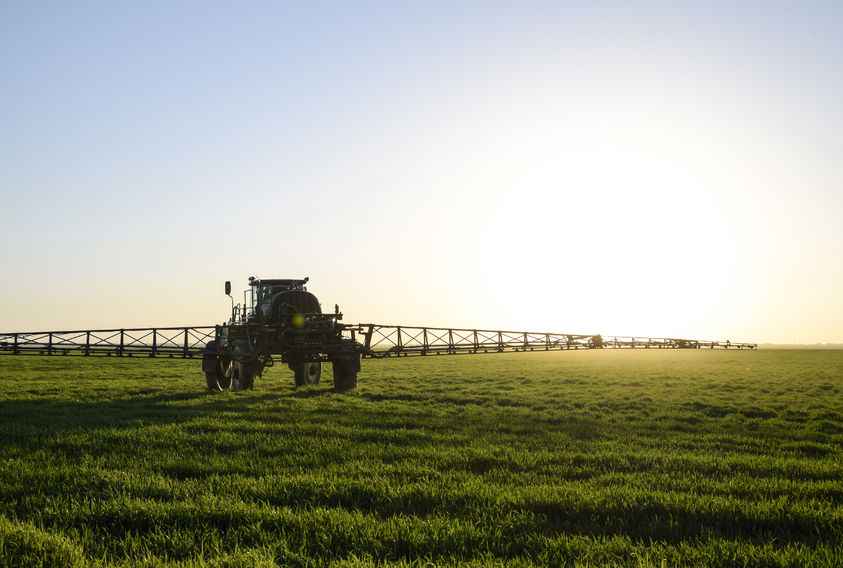 Farm groups across the EU are threatening to sue the European Commission if it fails to decide on a vote to grant glyphosate a new licence.

Experts are due to debate whether or not glyphosate should be renewed for an extra 10 years on October 25.

France has already decided that it will vote against the renewal, but Germany and the UK argue that it is necessary for farmers to grow crops.

Uncertainty has spooked the EU farming industry, and many groups have threatened legal action if the Commission misses a December 15 deadline.

France's cereals union L’Organisation des Producteurs de Grains has made clear legal action could be a necessary step. It wrote to European Commissioner for Health Vytenis Andriukaitis saying that it “reserved the right to carry out action at the European Court of Justice” should the EC fails to make a decision before December 15.

Romania's Association of Corn Producers also told the Commission it would be made “accountable for damages” at the ECJ should farmers suffer.

As talks step up, EU farm cooperative Copa and Cogeca has called for the re-authorization of glyphosate 15 years. It says strong EU scientific evidence has confirmed its safety.

The group says that by failing to re-authorise would put food supplies at risk.

Copa President Joachim Rukwied said: “There is no rational reason not to re-authorise its use. EU scientists have agreed that there are no safety concerns when it comes to using glyphosate.

“The key scientific bodies involved in this case - Germany, the Member State in charge of the assessment, the European Food Safety Authority (EFSA), and the European Chemicals Agency (ECHA) – all clearly stated that there are no safety concerns vis a vis the use of this herbicide active substance.

“Farmers rely on it. In line with our European high safety standards, PPPs are used in Europe like any other technology to produce safe, quality, affordable food supplies to a growing population.

“Without renewal, the EU will put its farmers at a competitive disadvantage vis a vis non-EU producers.”

The statement comes as Member States ready themselves to discuss its renewal in the EU Standing Committee on October 25.