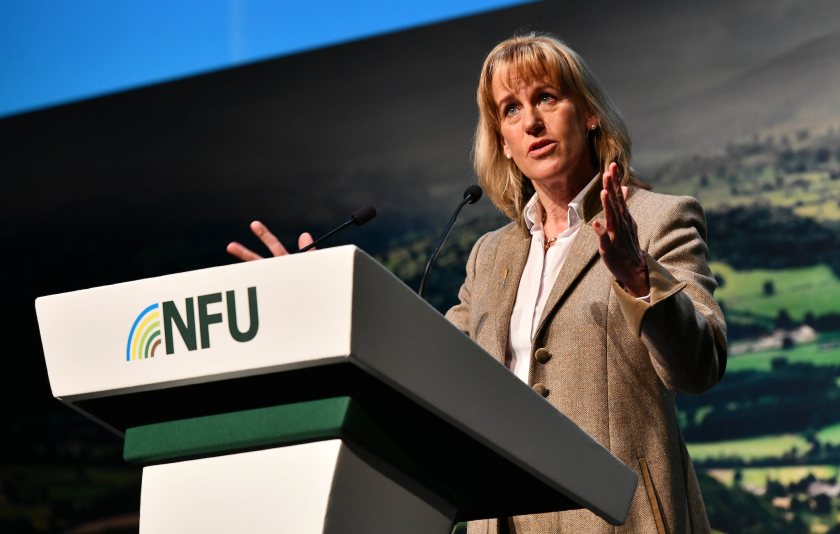 The UK Farming Roundtable, chaired by NFU President Minette Batters, says issues remain over the industry's future outside the EU

Industry leaders have urged the government to provide 'clear roadmaps' setting out agricultural transition plans or risk 'dislocation and disruption'.

With less than eight weeks before the end of the transition period, the UK Farming Roundtable has stressed the importance of getting new policy right in each nation of the UK.

On 1 January 2021, farmers will enter a new era as devolved governments gain the power to deliver new farming and environmental policies after 50 years of the EU's Common Agricultural Policy.

But the Roundtable warns that issues remain surrounding a deal with the EU, free and frictionless trade and the possibility for a 'dislocated' domestic agricultural policy.

It comes as the Agriculture Bill, which prepares British farmers for life outside the European Union, was handed Royal Assent earlier this week.

The Roundtable, consisting of 20 groups such as the NFU, Country Land and Business Association and the National Sheep Association, highlighted how farmers still had 'no clear picture' of what future policy frameworks would look like.

It has called for roadmaps setting out agricultural transition plans in each devolved nation, giving farmers the 'opportunity to consider and respond to policy options and adapt their business plans'.

A UK Farming Roundtable statement said: “Our organisations are unclear how measures in each part of the UK will avoid dislocation and disruption of the UK single market, or how the impact of new trade agreements will be weighed in the speed and direction of domestic agricultural transition.

“In every part of the UK our organisations have collaborated to set out constructive proposals for the forthcoming transition from the CAP based payments to new regimes supporting the principles of sustainable farming, better suited to the UK circumstances.

"We all see this transition as a significant opportunity to reset our relationship with society, providing new and meaningful employment, recognising our vital role in managing and enriching 75% of the UK’s land area and growing more than 60% of the nation’s food.

"Our dual role as food producers and environmental stewards should be a defining feature of all agricultural policies across the UK."

The group went on to say that a new trade agreement with the EU must be a priority for the government, as the bloc remains the largest market for UK farm products.

It said any UK-EU agreement must include free and frictionless trade: "We have always argued that that agreement with the EU must be the priority."

The Roundtable added that it welcomed the government’s establishment of the Trade and Agriculture Commission, recognising that high production standards were a valuable feature of UK farming.

"Protecting our standards and any threat to them must be a material consideration for new trade agreements put before parliament for approval.”

The Roundtable represents farmers and growers from agricultural organisations across the United Kingdom.