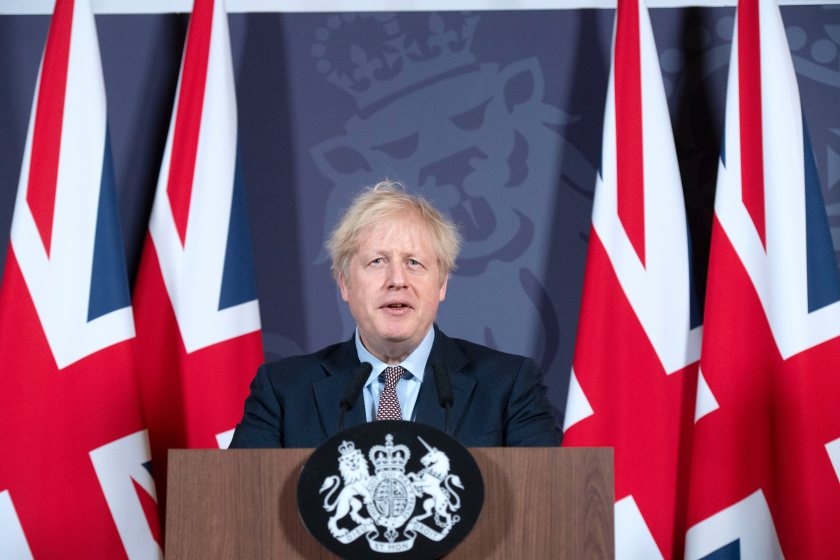 A Free Trade Agreement has been reached between the UK and the EU (Photo: Paul Grover/Shutterstock)

British farm leaders have reacted with relief following news of the UK sealing a trade deal with the EU, in turn securing the future of agri-food exports worth £14 billion.

The deal, which must be ratified by the UK and EU parliaments, finally concluded in Brussels after 11 months of gruelling talks.

At a Downing Street press conference, Prime Minister Boris Johnson said: "We have taken back control of our laws and our destiny," adding the deal was 'good for the whole of Europe'.

European Commission President, Ursula von der Leyen added: "This was a long and winding road but we have got a good deal to show for it."

The transition period will end with a new deal that will avoid tariffs - a barrier farming industry groups feared would have made EU trade unaffordable while depressing prices at home.

Securing tariff-free trade will be a particular relief for those agricultural sectors that rely heavily on the EU export market, such as the sheep industry.

The NFU said the deal, announced on Thursday (24 December), was 'very positive news' for British agriculture, as the 'bloc is the UK's largest trading partner'.

However, the union said the UK would still experience a 'fundamental change' after 1 January 2021, with the possibility of disruption to trade at the border.

"We have been clear throughout negotiations that maintaining tariff-free access to the EU market is absolutely crucial for our food and farming industry," said Minette Batters, NFU president.

But she added that new checks, paperwork and requirements on traders would inevitably 'add costs and complexity'.

"It is vital government does all it can now to prioritise exports of perishable agricultural products to make sure that these products are not left languishing in queues at the border when the changes take effect.

“With only days left until the end of the transition period, I would urge both the UK and EU to now use the basis of this deal to continue talks to manage any disruption we may experience from 1 January.”

The NFU said it would now analyse the details of the agreement to 'ensure it meets the needs of British food and farming'.

The Country Land and Business Association (CLA) added that many farmers and rural business owners would be 'breathing a sigh of relief – both in the UK and the EU'.

President of the rural group, Mark Bridgeman said: “If this deal includes zero tariffs and zero quotas for agricultural products, European consumers can carry on enjoying world class British products without any major increase in price.

“But a word of warning: we have seen this week the importance of keeping trade routes open, particularly between Dover and Calais."

He said trade in perishable food was 'especially vulnerable' to friction at ports, making it important that politicians found ways to make trade between markets 'as simple and low-friction as possible'.

NFU Cymru said it was 'relieved' that a trade deal had been agreed between the UK and the European Union, 'providing much-needed certainty' for Welsh farmers.

But it warned that UK agri-food exports would be subject to procedures and controls which did not apply previously.

"These non-tariff barriers, as they are known, are a friction to trade and add to the cost of doing business," NFU Cymru President John Davies said.

"All efforts must be now be focussed on working together to find ways of minimising the impact of red-tape and non-tariff barriers on the movement of goods."