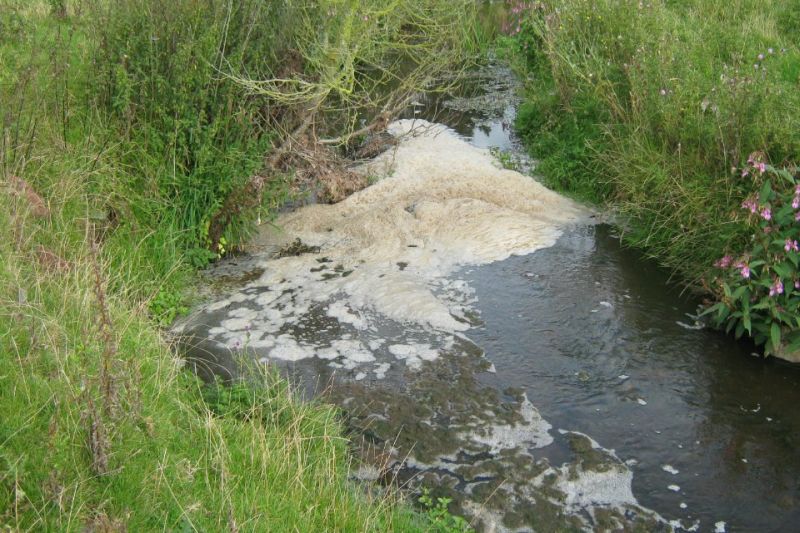 A farmer has been ordered to pay out over £14,000 following a court case which found him guilty of killing 3,000 fish due to pollution.

In a prosecution brought by the Environment Agency, the company, of Hall Farm, Hilderstone pleaded guilty to three charges of breaching environmental regulations.

The first incident occurred in September 2015 following a report of farm effluent discharging to the Gayton Brook for several days.

Investigators discovered that farm slurry had escaped from a gap in the storage pit.

The incident caused effluent to run across the farm and into the brook, which was found to be green/brown in colour with a white foam, with a foul odour present. Approximately 3000 fish were killed in this incident.

A second incident occurred on 30 June 2016, when effluent entered Wheatlow Brook, which was found to be brown and frothy in appearance.

Hall Farm is within a Nitrate Vulnerable Zone which means the farm must comply with strict slurry storage capacity.

Officers advised the company that there was insufficient storage capacity and that they were in breach of the Nitrate Pollution Prevention Regulations 2010.

In mitigation, consideration had been given that the business has been operating for 30 years without incident. The company had also cooperated with the Environment Agency and pleaded guilty at the first available opportunity.

In addition, B&M Elkin & Sons Ltd had voluntarily paid £1,000 to the local wildlife trust and had spent over £20,000 in improvements and remediation at their site.