Farm Safety Week: The dangers of children on the farm 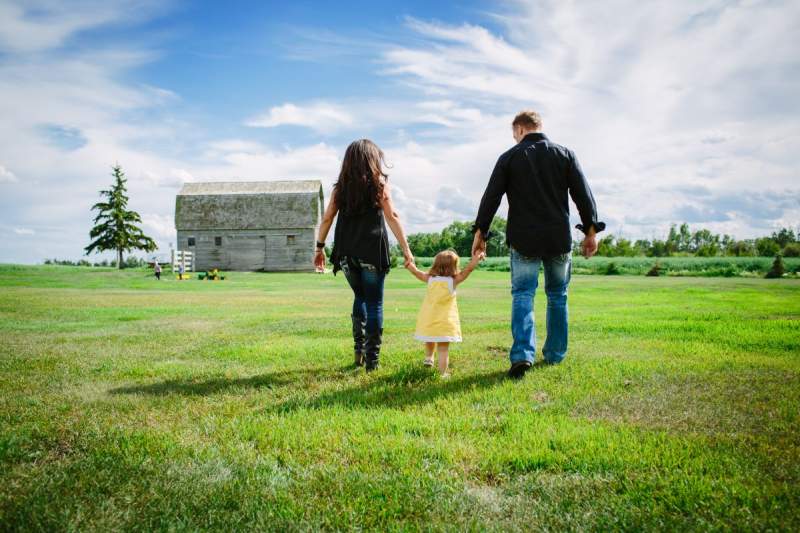 Growing up on a farm brings both challenges and blessings

This year’s HSE Fatal Injuries in Agriculture report highlighted that, of the three members of the public killed, one was a three year-old child.

This was the first child death for 3 years, bringing the total to 4 child deaths over the last 5 years.

But growing up on a farm brings both challenges and blessings.

According to Stephanie Berkeley from the Farm Safety Foundation, the charity behind Farm Safety Week: “Unlike other industries, on farms the family home is directly next to the workplace, with children often present.

“However, farms are the only workplace where children still continue to die in what is always a horrific tragedy for families and heart-breaking for their communities.

“As a parent of two children I find it disturbing and upsetting to read that any child would lose their life in a workplace environment.

“A farm can be a magical place for children, where independence and responsibility are fostered and family relationships are strengthened, but it can also be a dangerous place where the unthinkable can happen in a matter of seconds.

“Growing up on a farm brings both challenges and blessings. It builds character and a solid work ethic and creates an attitude of optimism. We have witnessed events recently in this world that could make me lose faith in humanity but I am constantly reminded that in our wonderful world of farming, a sense of community and neighbourly love still exists.”

The story of Evie

Jade Lanham has made a career from advising, training and supporting new entrants into agriculture as a Technician at Easton and Otley College.

A recent experience with a very young entrant has made her question how even she needs to examine her attitude to farm safety in the future. 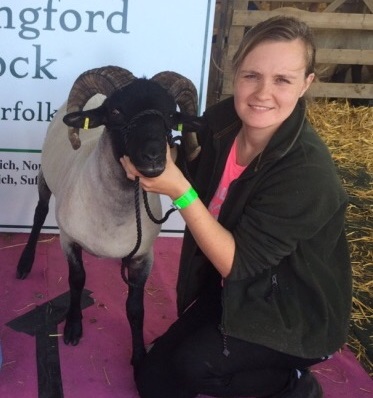 It was lambing season, and like all farmers, Jade was up and out early to check on the ewes that were lambing at home in North Burlingham, near Acle, Norwich.

Jade’s three year old daughter Evie, being a very sweet and active little girl, wanted to come outside and help with the feeding and lambing. Something that will be familiar to many farming families.

Jade explains: “I had recently had a ewe lamb and Evie had fallen completely in love with her twin lambs. I was busy watering the other sheep but specifically warned Evie not to move and to sit on the bale of straw. Like any mum, I believed she would do this.

'Talking to the lambs'

Jade continued: “I could hear her talking to the lambs and kept glancing at her to make sure she was okay.

“Lambing often involves using rubber gloves, syringes etc, so Evie thought this was great and brought her toy doctor’s kit to help play vet. When I wasn’t looking, she hopped off the bale and stood looking at the lambs.

“I have done this myself many times but I could see her little mind in overdrive. Evie took the plastic syringe and needle from her doctors kit to give her new patients an injection.

“Thinking about it now gives me chills as I remember saying ‘no, don’t get closer’ but she totally ignored me and approached the lamb. Within seconds the ewe charged her, striking her in the solar plexus.

“Evie was knocked over and cried loudly for some time but I believe this was more the shock of the ewe knocking her over. Physically she was fine with not a scratch on her.

“It wasn’t the ewe’s fault,” Jade is quick to point out: “She was just protecting her lamb as I would have done for Evie and, to be honest, I think she got off lightly as we all know others who have been less fortunate in this situation.”

“It really could have been so much worse, we were really fortunate and Evie got away lightly considering the size of three year old Evie and the ewe.”

Jade concludes: “Since the incident, I am a lot more protective of Evie and make sure she stops where she is meant to. It has made me more nervous about being amongst livestock of all sorts, and I do take a lot of extra care.

“I count my blessings it wasn’t worse. However, the unpredictable nature of livestock, no matter how placid the animal, is something that cannot be underestimated.

“My advice to other farmers is to keep young ones safe. However determined they are, don’t back down and let them do what they want to do with young animals around.

“All new mothers are very protective and can show a nasty side. Take someone with you if possible and then they can explain to the child what the adult is doing and why it can be dangerous.”

'Farms are places of work'

According to Guy Smith, Vice President of National Farmers Union (NFU) and Chair of England’s Farm Safety Partnership, giving children the freedom of the outdoors is something many in the farming community will understandably see the positive side of.

He said: “But it must be remembered farms are places of work. Just as it would be inappropriate for children to be found unsupervised in working quarries or in busy factories so to it is irresponsible to give children access to farms without fully evaluating and managing the risks.

“It is worthwhile zoning farmyards in terms of whether children of a certain age should ever be present or whether they should be supervised or unsupervised.

“There is nothing more heartbreaking than reading or hearing about a child killed or severely injured in a farm accident.

“While no one wants to see the end of the family farm there is clearly good and bad practice when it comes to managing the practical difficulties that can arise when homes are so closely located to places of work.

“It’s clear that by taking good advice and drawing up plans risks to children can be minimised. All parents and grandparents have a responsibility to take this issue seriously.

“More generally farmers should welcome children to farms to introduce them to agriculture – however it must be done with the appropriate level of skilled supervision.”

Wednesday: Falling and falling objects accounts for 30% of farm deaths