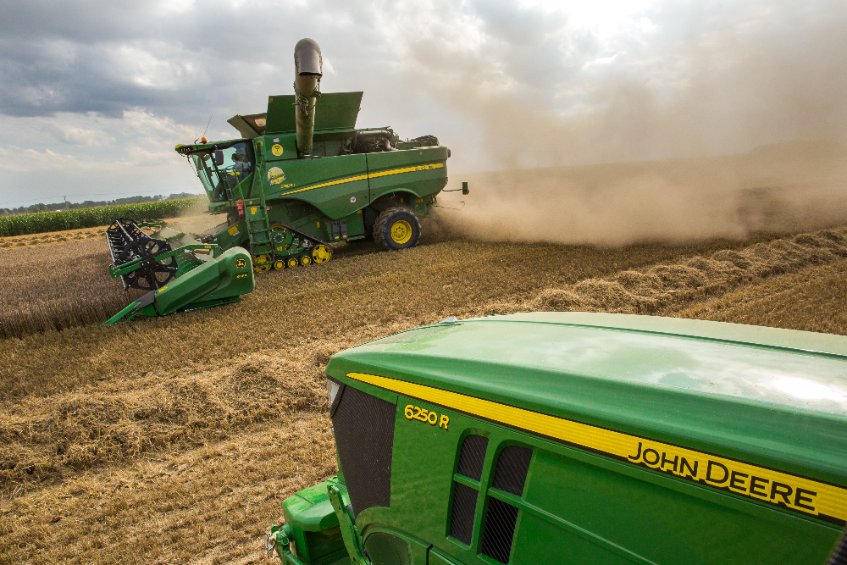 Whilst construction workers have the highest number of fatalities due to sun exposure, working in agriculture is second highest

As the 10th annual Farm Safety Week campaign gets underway, the charity behind it has issued a warning that soaring temperatures may add even more risks for those working in the UK’s most dangerous industry.

The Farm Safety Foundation is today urging those living and working in the farming sector to take care in the extreme heat.

Working in agriculture means spending a lot of time outside; farmers receive around 5-10 times the yearly sun exposure compared to people who work indoors.

However, a survey of farmworkers undertaken in 2017 found that more than half recognised that protecting themselves from the sun was ‘very important’; although over 25% said they ‘hardly ever’ use sunscreen.

Whilst construction workers have the highest number of fatalities due to sun exposure, working in agriculture is second highest and accounts for 23% of these deaths.

That’s around one farm worker every month dying from skin cancer due to sun exposure.

The Farm Safety Foundation recommends that, if working outdoors especially between 11am and 3pm when UV rays are at their highest, they should;

• Keep a top on when working.

• Wear a hat with a brim or a flap that covers the ears and the back of the neck.

• Stay in the shade whenever possible, during your breaks and especially at lunch time.

• Use a high factor sunscreen of at least SPF30 on any exposed skin.

• Drink plenty of water to avoid dehydration. Little and often is the best approach, do not drink alcohol.

• Check skin regularly for unusual moles or spots. See a doctor if you find anything that is changing in shape, size or colour, itching or bleeding.

As harvest gets underway, and as the Farm Safety Week campaign continues, one area of immediate concern in the current heatwave is the risk of fire – especially for combine harvesters.

Dust, hot moving parts, electrical wiring and a tank full of diesel provide all the ingredients for a major fire.

Combine fires saw a 35% increase last year, according to rural insurer NFU Mutual, which puts lives at risk, can spread into crops and threaten surrounding buildings.

In hot weather, combine fires could spread even more violently, causing enormous damage to crops and disrupting the farm when farmers can least afford to stop.

This year so far, insurers have seen well over 400 fires involving farm machinery – more than 2 a day – at a total cost of over £15m.

An additional concern for the industry is the safety risk to livestock as the sun blazes.

UK farmers are renowned for their high standards of animal welfare, however, a few extra degrees, over a relatively short period of time, can mean animals suffer the effects of heat stress – which can be fatal.

All animals have a ‘thermoneutral zone’, a range of temperatures where they can perform normally without wasting energy on maintaining body temperature.

• Pigs are affected at lower temperatures and are prone to sun burn. In fact pink/white skin has a high risk of sun burn across all species.

• Sheep can also become burnt if they have recently been shorn.

• Milking cows are more susceptible than dry cows due to the extra heat generated for lactation.