Farm tech used in Highlands to help US beef ranchers 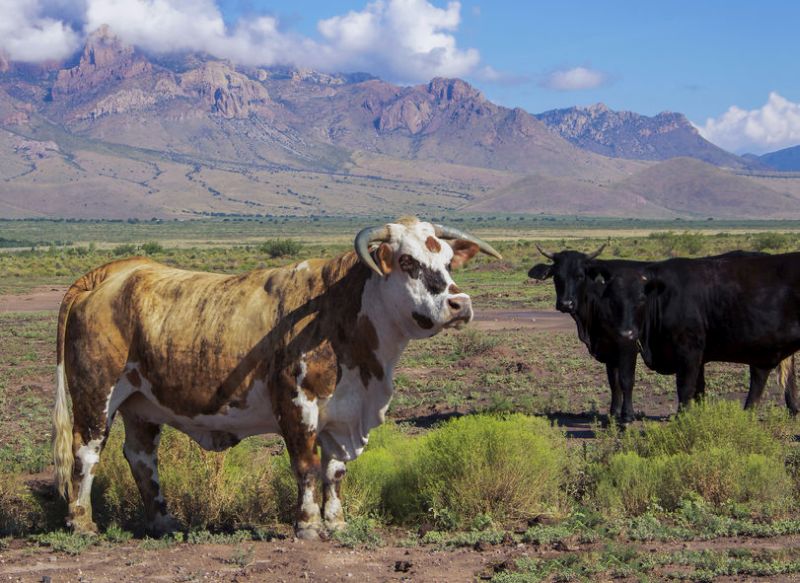 Technology used by farms in the Scottish Highlands will be emulated for cattle farmers in the United States to boost productivity there.

It is part of a new multi-million dollar research project looking at how technology used by two farms, Kirkton and Auchtertyr, could be beneficial for farmers in New Mexico.

Precision farming methods, such as the Internet of Things (IoT) hardware and associated technology, are currently used in the two farms owned by Scotland's Rural College (SRUC).

Scottish researchers will work with New Mexico State University to deploy this technology at its experimental research farm, as well as commercial ranches across the American Southwest.

The technology – which uses a low-power radio network to send information from sensors placed around the farms and on livestock – allows researchers to track the location of grazing animals.

It collects information on environmental variables such as soil temperature, soil moisture content and water levels in burns and streams.

Davy McCracken, Head of the Hill and Mountain Research Centre at SRUC, said: “The wet mountains of the southern Highlands of Scotland are dramatically different in landscape and character to the arid rangelands of the southwestern United States.

“And from a livestock manager’s perspective, you may think that these two areas have only one issue in common - how best to manage water.

Mr McCracken said, however, that the livestock systems – primarily focused on sheep in Scotland and exclusively on beef in the US – face very similar challenges.

Both involve grazing livestock at low densities over large areas of relatively unproductive pastures, with a combination of poor nutrition, pests, diseases and predators impacting adversely on both productivity and growth rates during the lambing and calving seasons.

He added: “Much of what we are focusing on at Kirkton and Auchtertyre – be it genetic improvement of livestock productivity; managing on-farm forage and fodder resources more effectively; using sensors to physically track livestock; or using Electronic Identification (EID) associated equipment to better track the performance of individual animals – is just as relevant in south-western USA.”

As part of the research project, the Hill and Mountain Research Centre will also host PhD students from New Mexico State University, who will compare the effectiveness of the technology in the two contrasting agricultural situations.

The long-term goals of the project are to increase profitability and productivity on ranches in the arid regions of the south-west.

It also seeks to reduce cattle production losses due to weather and climate impacts and improve water and nutrient use efficiency on these ranches and associated beef finishing systems in the Ogallala Aquifer region.

The project has been awarded $9m in funding from the United States Department of Agriculture under their new Sustainable Agricultural Systems programme.