Farm vehicle collisions '42% more likely' between May and September 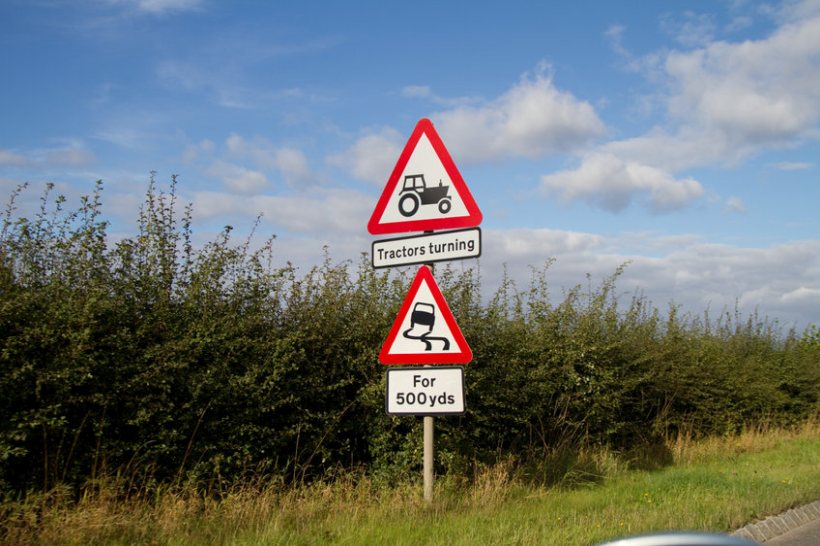 On average, there were 456 of these accidents per month during the silage cutting, hay making, and harvesting season, NFU Mutual says

Collisions between farm vehicles and third parties are over 40% more likely between May and September, according to NFU Mutual claims data.

As the summer harvest season gets underway and agricultural traffic increases, the rural insurer is urging all road users to take extra care over the coming months.

Claims data shows that, in 2021, collisions were 42% more likely between the start of May and the end of September than in any other months.

On average, there were 456 of these accidents per month during the silage cutting, hay making, and harvesting season, compared to just 263 per month between October and April.

Analysis of official figures conducted for the campaign showed that, between 2018 and 2020, rural roads saw 66% more fatalities than urban roads.

He said: “Unfortunately, our data shows that accidents involving agricultural vehicles and third parties are over 40% more likely during this period.

“Farmers and contractors cannot – and should not – drive too quickly when pulling a heavily-laden trailer so we urge motorists and cyclists to be patient to avoid driving too close and attempting risky overtakes on narrow or unsighted roads.

"In turn, farmers should pull over to allow built-up traffic to pass when it is safe to do so."

Farmers will often be travelling only a short distance before turning into a field or side road, but a tractor pulling a long trailer can take some time and need more space to turn a corner, he said.

Rural road users, and particularly cyclists and motorcyclists, should be aware that the tractor may turn, and never attempt to overtake on the inside of a turning or field entrance.

“Ultimately, we urge anybody using rural roads to respect the vital function they serve to our farming industry," Mr Belcher added.

“By respecting fellow road users, we can all ensure that work and leisure can continue accident free harvest season.”

What should farmers do?

• Ensure all equipment is road worthy and pay particular care to things like trailers which may not have been used for months.

• Be aware of vulnerable road users or hidden junctions, making contractors aware of these junctions and commonly-used walking, cycling and riding routes.

• Familiarise yourself and your contractors with the speed limits for your vehicles.

• If your agricultural vehicles leave mud in the road, remember to clean it up.

• When turning, indicate in plenty of time and check more than once for road users on your inside.

• Be respectful to fellow road users, but only allow them to pass when it is safe to pull over.