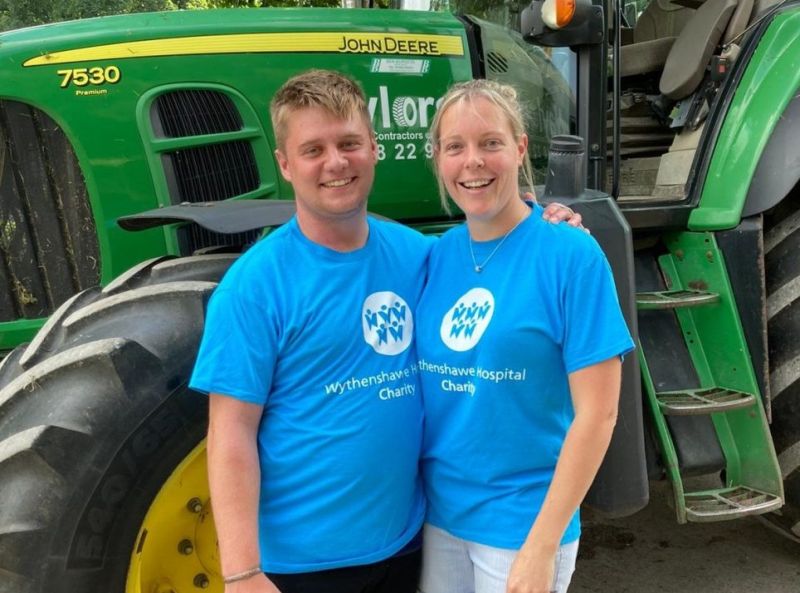 The family of a farm worker who suffered 20 percent burns after a work accident have held a tractor run to raise money for the hospital which treated him.

Around a hundred farmers attended the charity event in Buxton, Derbyshire, on Saturday (15 August).

The event raised thousands of pounds for Wythenshawe Hospital, which treated 20-year-old Scott Goodwin back in May.

The farmhand had arranged some branches and leaves in a pile ready to burn after doing some tree clearance at the farm where he works near Buxton.

Unbeknown to him, someone had added a bag to the pile, which is thought to have contained a gas canister or some sort of highly flammable liquid.

When he lit the pile he remembers hearing a loud bang and seeing a ball of flame shooting towards him.

Instinctively, his arms went up to protect his face, causing his arm and T-shirt to catch fire.

Thinking quickly on his feet, Scott dived into a nearby water trough to extinguish the fire, before managing to drive himself a mile back to the main farmhouse to get help.

“I remember piling all the rubbish up and lighting the fire,” said Scott. “Then I turned round and heard a really loud bang and the fire blasted towards me.

“I ran to the trough and jumped in to submerge as much of my body as I could."

He added: “I can remember the accident and then getting to our local hospital but after that I was given morphine, gas and air for the pain, so memory wise it was a bit of a blur after that.

“My local hospital showered me and wrapped me up and then sent me straight to Wythenshawe Hospital in south Manchester, because it has a specialist burns unit.”

Saturday tractor run event was a way for Scott and his family to thank those at Wythenshawe Hospital who cared for him.