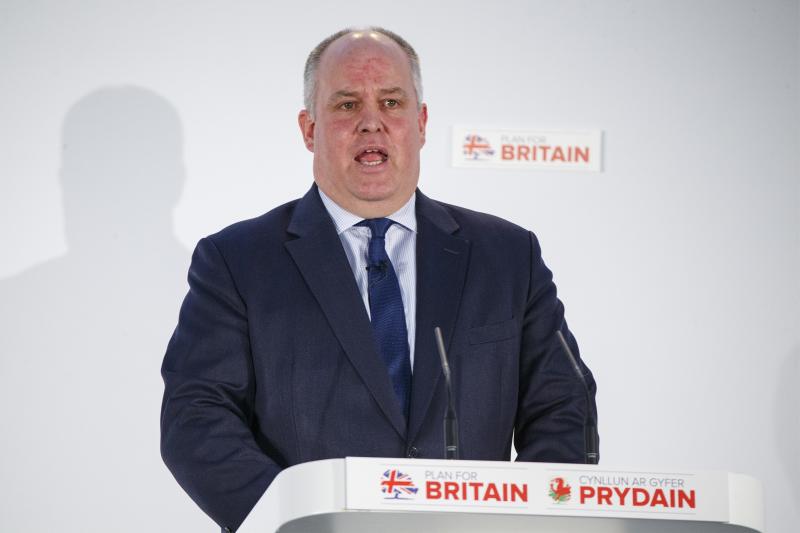 Andrew RT Davies has been vocal about farming issues in Wales, taking a pro-Brexit tone in matters (Photo: Tolga Akmen/LNP/REX/Shutterstock)

Farmer and leader of the Conservative group in the Welsh Assembly has resigned after a row over Airbus's threat to leave the UK amid Brexit uncertainty.

Andrew RT Davies, who is also a partner in his family farming business near Cowbridge in south Wales, has been leader of the Welsh Conservatives for seven years.

Mr Davies campaigned heavily two years ago for the UK to leave the EU, but he has been criticised within the party for undertaking an overly pro-Brexit tone.

He has also been vocal about farming issues in Wales since taking the role of Welsh Conservative leader back in 2011.

After the Brexit referendum result of 2016, Mr Davies said Wales "doesn't have the capacity nor did it have any pre-planning" for its agriculture policy post-Brexit.

Mr Davies said there was "deep concern" around the capacity of the Welsh government, controlled by Welsh Labour, to "reach for the challenge" and look at the opportunities that are opening up for Wales because of Brexit.

He also said farmers "do not trust" the Welsh government to deliver fit for purpose subsidies when the UK leaves the European Union. He said farmers had more confidence in the UK government rather than the devolved assembly.

He starred alongside a Brexit-supporting farmer, Timothy Elden, who said British agriculture has a "massive growing demand" outside the EU in markets such as Russia and Australia.

The Welsh Conservatives are now on the search for a new leader. Both Labour and Ukip in Wales are also searching for new leaders.