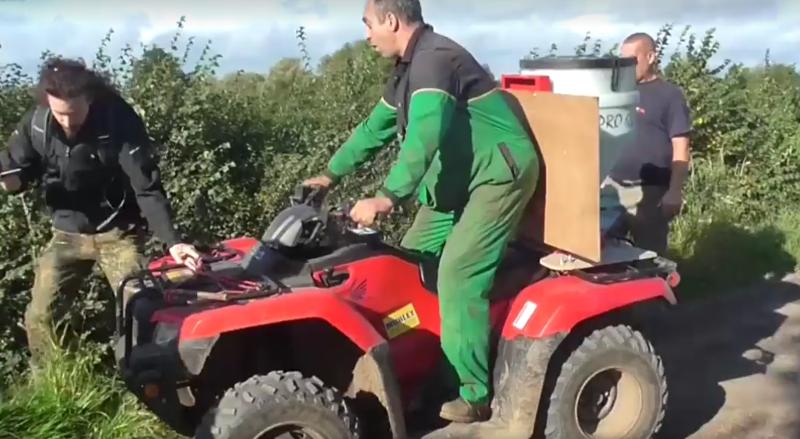 The farmer confronted the hunt saboteurs on his land (Photo: West Midlands Hunt Saboteurs/Facebook)
Sign in to add your own press release SIGN IN Register

A farmer has been arrested on suspicion of assault following a fiery argument with hunt saboteurs who trespassed on his land.

The 44-year-old man was arrested after the incident in Ratcliffe Culey, Leicestershire, at the weekend.

Leicestershire Police received a report at 12.31pm on Saturday (14 October) in relation to a man sustaining an injury as a result of being involved in a collision with a quad bike.

On Wednesday (18 October), officers arrested the farmer on suspicion of assault and he has since been released under investigation pending further enquiries.

The clip, which went viral on social media, shows a farmer, dressed in green overalls, speeding up to three West Midlands Hunt Saboteurs on a quad bike.

The West Midlands Hunt Saboteurs were recording evidence of a suspected hunt on the land.

In the footage, the farmer demands the activists leave, telling the cameramen they are on private property.

The farmer then jumps off his quad bike before pushing one of the saboteurs into a ditch, and then turning on the other two protesters.

Anyone who witnessed the incident or has captured the assault on camera they are urged to contact PC 1682 Richard Wilson on 101, quoting crime reference number 17* 444928.