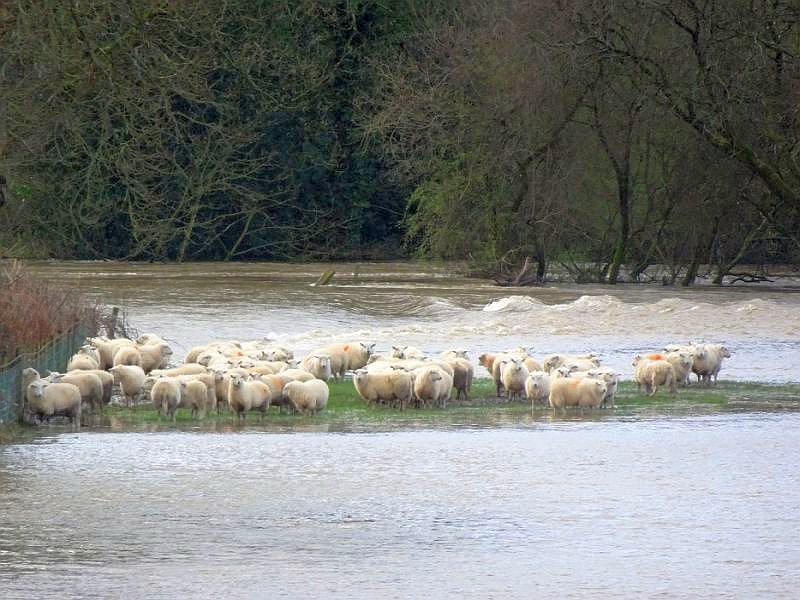 Farmer confidence has reached to its third lowest level since the NFU survey began in 2010, following adverse weather and political uncertainty (Photo: RSPCA)

Political unpredictability surrounding the terms of the UK's post-transition period and the recent flooding is taking its toll on industry confidence.

Results from the latest NFU survey of farmers across the UK shows that short-term (one year) confidence has reduced further from last year, dropping 11 points, to its 3rd lowest level since the survey began in 2010.

The mid-term outlook (three years) has improved from its lowest ever level last year (-12) but remains negative overall.

As part of the survey, members told the union that uncertainty over what the UK’s future trading relationship will be with the EU later this year after the transition period and rising input prices eroding profit margins remain among their main concerns.

The prolonged wet weather and devastating floods have dented the confidence of arable farmers in particular, who have been unable to harvest crops from autumn 2019 and plant crops for spring 2020.

Livestock farmers have also been affected by low prices for beef and concerns about market access to the EU where 95% of sheep meat exports go from the UK every year.

NFU President Minette Batters said the results provide a 'stark reminder' of the real-world impacts of the political upheaval farmers have faced in the past year.

She said it also shows the volatility farming businesses deal with on a regular basis and the uncertainty of fair returns from the market.

“Brexit must be a catalyst for British farming not just to be the envy of the world, but to provide a gold-standard model for high standard, high quality, sustainable food production, and for our net zero ambition by 2040," she said.

“Like all successful businesses, farmers need stability; they need the confidence to invest in their businesses and to increase productivity. For this to happen it requires the right trading environment.

"Top of the list must be ensuring a free and frictionless trade deal with the EU, alongside a future trade policy that doesn’t allow imports of food produced to standards that would be illegal to produce here."

Mrs Batters added: “Farmers are ready to rise to that challenge and seize the opportunities ahead. We need government, politicians, the supply chain and the public to back British farming and invest in its future.”