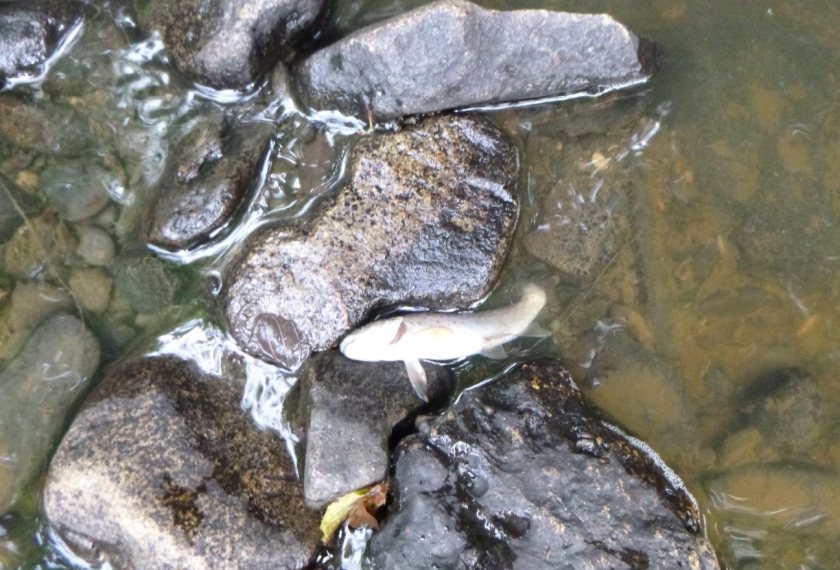 A Carmarthenshire farmer has been ordered to pay out over £11,000 after a slurry spill killed thousands of fish.

Iwan Humphreys, 42, of Crachdy Uchaf, Llanfynydd, pleaded guilty to an offence under the Environmental Permitting Regulations 2016.

On 8 July 2019 he caused a discharge of slurry in the Afon Dulas that severely affected 5km of the river, causing the worst level of harm, classed as category 1.

Ioan Williams, Environment Team Leader for Natural Resources Wales (NRW), said this act of negligence had a 'devastating impact' on the Afon Dulas.

"It will take a significant amount of time for the river to recover," he said, adding it was a serious incident that could have been prevented.

"We were left with no other option but to take enforcement action.”

Over several days, NRW investigation officers found evidence that the source of the discharge was from Crachdy Uchaf Farm.

Specialists carried out a coordinated investigation to establish the extent and seriousness of the pollution incident.

They counted at least 2,478 dead fish, including 746 brown trout. They also found much of the macroinvertebrate population, essential to the river’s ecosystem, had been lost.

Mr Williams urged farmers and contractors to be particularly vigilant during the winter months to help prevent polluting waterways.

"Carry out regular checks on slurry levels and storage infrastructure. If you are close to over-topping, contact NRW for advice," he said.

"We can help you minimise the risk of causing pollution."