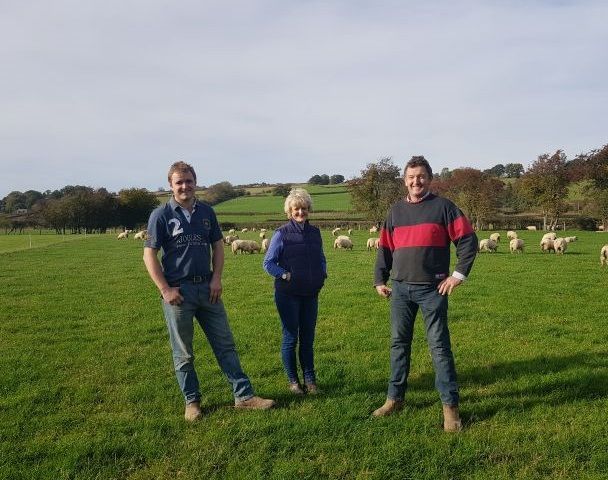 A beef and sheep farmer is fortifying his farming business against the effects of climate change and unpredictable weather through perceptive grass production.

Mark Jones-Davies runs his 500-acre Brecon farm with his wife Jacqui and their son Will.

Since 2014, the farming family have been involved in a project aimed at developing climate-smart grasses and clovers.

This reduces the risk of flooding downstream, and clovers that potentially mitigate the effects of drought.

“The summer of 2018 was incredibly challenging for many farmers and has emphasised to me the need for swards that are resilient to changing weather patterns,” he said.

In addition to his SUREROOT leys, Mark uses grass varieties listed in the Recommended Grass and Clover List for other grass cover.

Known as the ‘grassland bible’ to many farmers, it features grasses which have received rigorous testing for qualities such as yield, persistency, quality and disease resistance.

Mark added: “It is a target for the farm to be as self-sufficient as possible with the majority of the livestock’s diet being grown on farm.”

To further promote efficiency and profitability on the farm, Mark also grows his own crops including spring beans, maize, spring barley, fodder beet, winter oats, winter barley and wheat as feed for livestock.

Crops are rotated around the farm, reducing crop disease, improving soil structure and soil nutritional composition, which is both beneficial economically and environmentally.

“Planting crops in rotation is key for our farming business; by reseeding we have increased our stock numbers allowing our stock to receive a high plane of nutrition which increases growth rates,” he said.

“Also, reseeding fields coming out of the arable rotation with high sugar grasses has provided me with extremely clean grazing, allowing me to reduce the drench and drug use across the farm.”