Farmer impaled by tine thanks those who saved his life 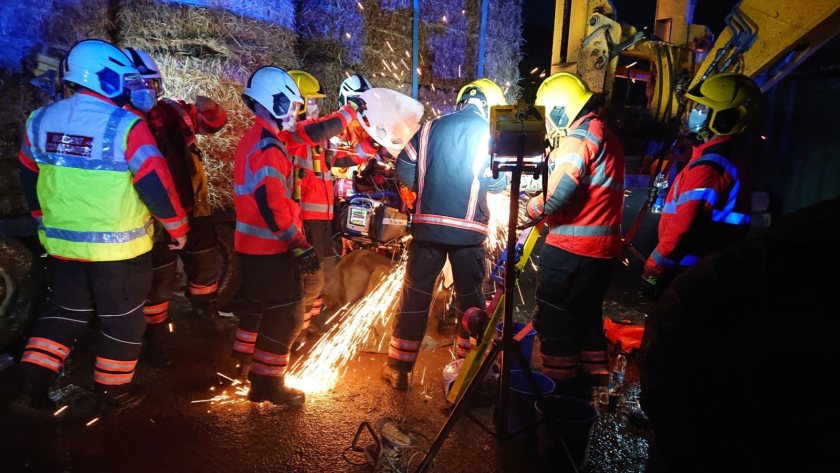 A Cambridgeshire farmer has thanked the emergency services who saved his life last year after he was accidentally impaled by a telehandler fork on his farm.

Jonathan Willis, who farms near Wisbech, dodged death by mere millimetres following the accident in October 2020.

The telehandler's tine went in through the 42-year-old's lower back and exited through his abdomen.

He had been unloading a trailer of straw bales when he got out of his telehandler to untie some straps on the trailer.

As he was standing between the telehandler and the trailer, the telehandler rolled forward and he became impaled on one of the tines, which had a sharp end to it to grab the straw bales.

Jonathan quickly raised the alarm and his wife, Wendy, called 999 at 16:32 that day.

One year on from the accident, the farmer has thanked the emergency services and Addenbrooke’s Hospital surgical teams who saved his life.

The family have raised over £45,000 at a charity ball in aid of the East Anglian Air Ambulance (EAAA), to thank them for the part they played.

Wendy Willis, Jonathan’s wife, said: “We know that without the enhanced skills of the air ambulance team that day Jonathan wouldn’t have made it to hospital.

"They took control of the situation – which was like living my worst nightmare – and made all the right decisions which got him to the right hospital and to the right surgeon with a fighting chance.

"We were then so incredibly lucky that Jonathan had one of the best surgeons in the country leading his operation.

"The Addenbrooke’s team quite literally worked miracles in the operating theatre that night and ensured that Jonathan came home to me and our five children in one piece.”

Seven minutes after the 999 call was made, the EAAA team was tasked from Cambridge to provide emergency medicine at the scene, landing at the farm at 16:57.

The team worked with the ambulance, police and fire teams for 45 minutes to assess his injuries and coordinate the complex extrication process to try and get him safely to hospital for life-saving surgery.

The fork had entered through Jonathan’s lower back and exited through his abdomen, posing severe risk to several major internal organs and blood vessels, making this a time-critical and life-threatening situation. 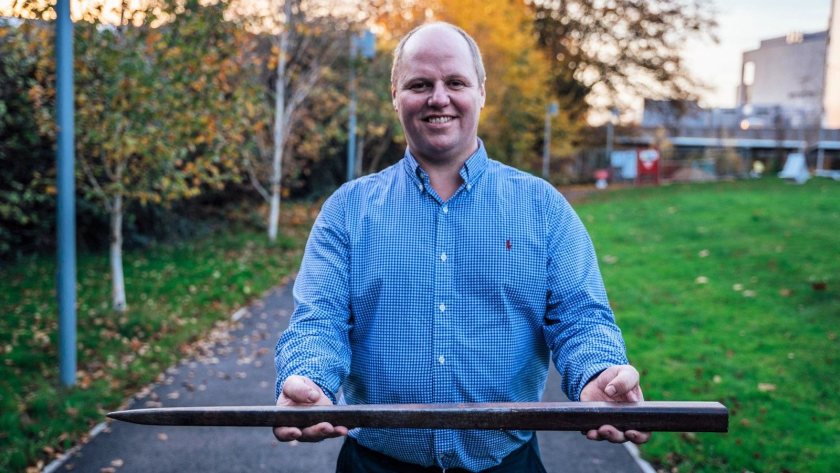 Jonathan, who remained conscious throughout, had to be kept as still as possible while the steel tine was cut with an angle grinder to release him from his trapped state.

During this process his weight was supported on an ambulance trolley, and he required advanced pain relief in the form of ketamine to relieve the pain, without making him too drowsy.

Moving even a small amount could have resulted in catastrophic bleeding. Jonathan was cut free around 45 minutes after the EAAA team arrived at the scene.

The length, weight and position of the tine – still in place – meant that Jonathan could not be safely transferred in the helicopter.

EAAA Doctors James Hale and Nathan Howes and Critical Care Paramedic Andy Bates travelled with Jonathan in the ground ambulance for just over an hour to get him safely to hospital.

Jonathan arrived at the Major Trauma Centre at 18:51, over two hours after his injury.

“Fortunately, the careful release and Jonathan’s vital signs meant that we could take him directly to my colleagues at Cambridge Major Trauma Centre.

"And I’ll never forget the sense of humour he maintained until we reached the operating theatre. It felt like treating a friend.

" I have been amazed by his survival and recovery, and I am so grateful to Jonathan and Wendy for visiting us, a year later.

"These stories sustain us and help keep us ready for the next call."