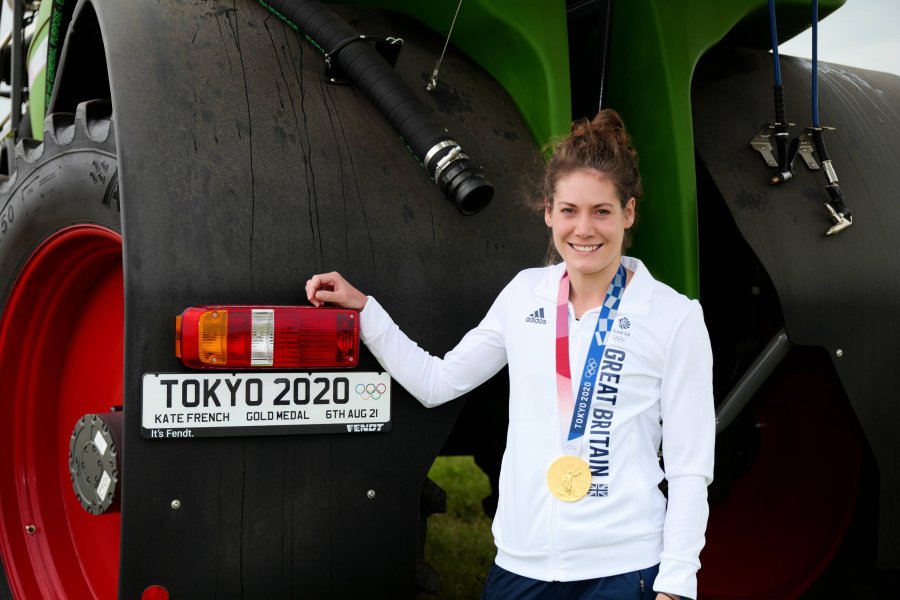 Kate French with 'Tokyo' the sprayer. She won a gold medal in the Modern Pentathlon

A Kent farmer has named his new Fendt Rogator 665 sprayer ‘Tokyo’ – to commemorate a gold medal win by his daughter at this year’s Olympics.

Fred French, who farms 2,500ha near Gravesend, received 'Tokyo' on 6 August, coinciding with his daughter Kate French winning gold in the Modern Pentathlon.

But due to current Covid-19 restrictions, Fred, who runs the family firm M & M F French, couldn’t be in Japan to support his daughter.

“The sprayer arrived within an hour of Kate’s win. It’s the most important machine on our farm and a significant investment," he said.

"So it seemed appropriate to name it ‘Tokyo’, after the Olympics host city on such a momentous day.”

At the farm, approximately 2,500ha is farmed stubble-to-stubble within 10 miles of the base, including owned, rented and contract-farmed land.

Cropping is mainly cereals with oilseed rape, peas, beans and linseed included as break-crops. Soils vary, but most are chalk loams, or flint and clay.

“I was very lucky,” explained Kate. “Growing up on the farm meant I spent a lot of time outside. We had horses, and I was always horse riding and running around the fields. 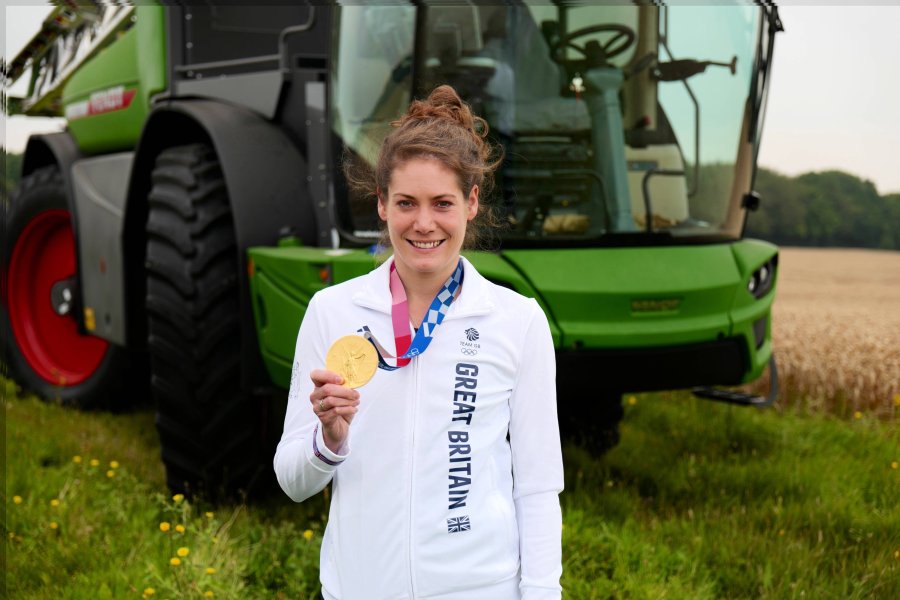 Asked about having the sprayer named after her, Kate said that she was 'pleased'

"I live in Bath now with my husband Leo as the training base is there, but love coming back to the farm.”

Asked about having the sprayer named to commemorate her win, Kate said that she was pleased when her dad told her his idea.

“It’s typical of him to do something like that - I like the name plate, he will have to keep that sprayer now.

"I enjoy riding the horses and running when I am back on the farm, but in future I will want to drive the Rogator too!”