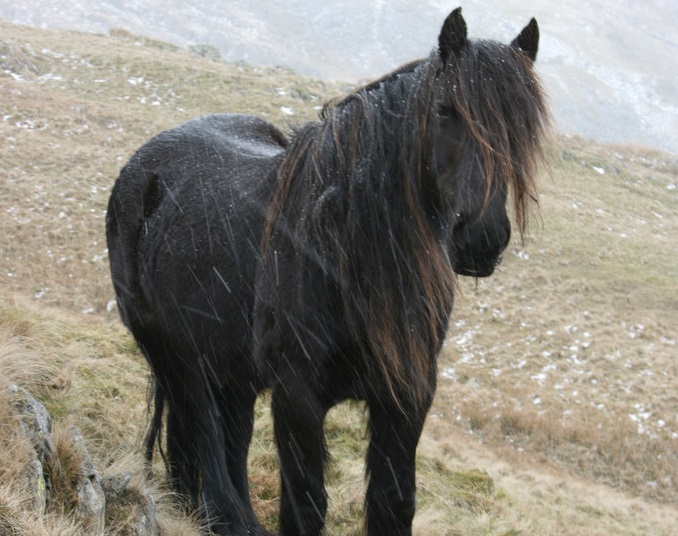 The Cumbrian hill farmer allowed Fell ponies to graze on SSSI land, without Natural England permission (CC BY-SA 2.0/PasuJoba)
Sign in to add your own press release SIGN IN Register

A hill farmer has been ordered to pay over £16,000 after he was found guilty of damaging the vegetation on a site of special scientific interest (SSSI).

Cumbrian hill farmer Bill Potter, 79, has been ordered to pay the sum of money after allowing his Fell ponies to graze on SSSI land, on Birkbeck Common, without the consent of Natural England.

He was convicted in September. Mr Potter's solicitor, Elyned Ashcroft, told Horse and Hound that the farmer is now appealing the "excessive" decision.

Fell ponies are recognised as an endangered species by the Rare Breeds Survival Trust, and some say they are beneficial to the mixed vegetation on the upland commons.

But Natural England says Mr Potter's actions took place over a number of years, having a "damaging effect" on the special vegetation at the site.

An online fund raiser was created last month to help Mr Potter, which has raised nearly £2,000.

Facebook users have left comments on the page, calling the decision by Natural England "unjust" and "heartbreaking".

However, Helen Kirkby, Natural England’s Area Manager for Cumbria said: “Natural England are supportive of Fell Ponies as an important part of the cultural heritage of the area and for the conservation benefits they can bring through appropriate grazing.

“We are always disappointed by having to bring prosecutions, as it means that some of England’s most important sites have been damaged. We hope that the affected area will now be able to recover as far as possible and look forward to working closely with Mr Potter so that the land can be returned to its original condition,” she added.

Mr Potter has lodged an appeal against the court's decision.