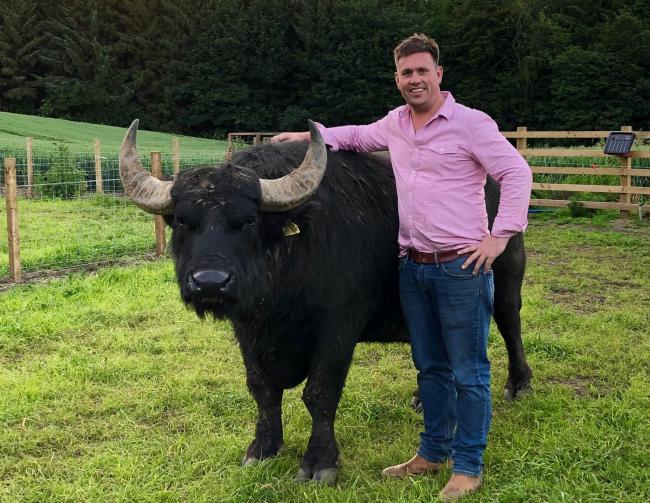 Steve, a sixth generation farmer, is seeking further donations to help secure the last stretch of his goal

A farmer who plans to become the first Scottish producer of buffalo mozzarella has raised over half a million pounds in a bid to realise his goal.

And now donors have just under two weeks go to until the target must be met.

A 4000sq metre facility located at the Buffalo Farm, in Kirkcadly, will become the new home for a dedicated milking parlour, processing plant and sheds for the new herd of dairy buffalo.

The farmer has also hosted celebrity chef Gordon Ramsay, who visited the farm and made a trial batch of buffalo mozzarella.

He offers supporters of his campaign, called the ‘Founders Club’, the chance to secure rewards comparable to a 10 percent return on investment.

Supporters will also have the chance to go on farm tours and even name a buffalo.

The farmer said he was 'extremely grateful' to those donors who helped him reach over half a million pounds.

“Producing buffalo mozzarella has been a long-held dream of mine and it’s now so close I can almost taste it,” he said.

“I am so grateful to all those who have shown their support so far, either by donating or by helping to spread the word.

“In these current political times, I feel more passionate than ever about local food and drink and about being able to contribute to my local community, as well as to the wider Scottish food and drink industry, by producing home-grown buffalo meat and, once we hit target, buffalo mozzarella.

“My business not only places animal welfare at the very top of the agenda, but we are also proud to provide local jobs and help towards Scotland’s strong foodie reputation,” Steve said.