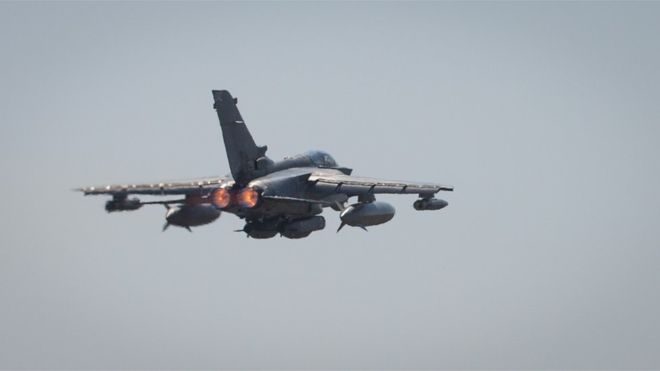 The farmer, who reported the incident, said there was a high risk of collision (Photo: Ministry of Defence)

A farmer's drone came within 22m of hitting an RAF Tornado flying at a speed of 517mph, it has been revealed.

The drone was carrying out an agricultural survey 10 miles north-east of RAF Wattisham in Suffolk on 4 July.

Whilst the drone was heading south on a return leg, a Tornado passed from behind at high speed over the same field, heading north.

The drone was put into a rapid descent, by which time the Tornado had passed the field.

It was at an altitude of 100m while the jet was at 121.9m when the incident took place.

The drone pilot, who reported the incident, said there was a high risk of collision.

The farmer was praised by the Civil Aviation Authority (CAA) for descending the drone once the Tornado had been detected.

It comes as Gatwick Airport offers a £50,000 reward for information leading to the arrest and conviction of those responsible for the drones that disrupted flights for two days last week, affecting about 150,000 passengers.