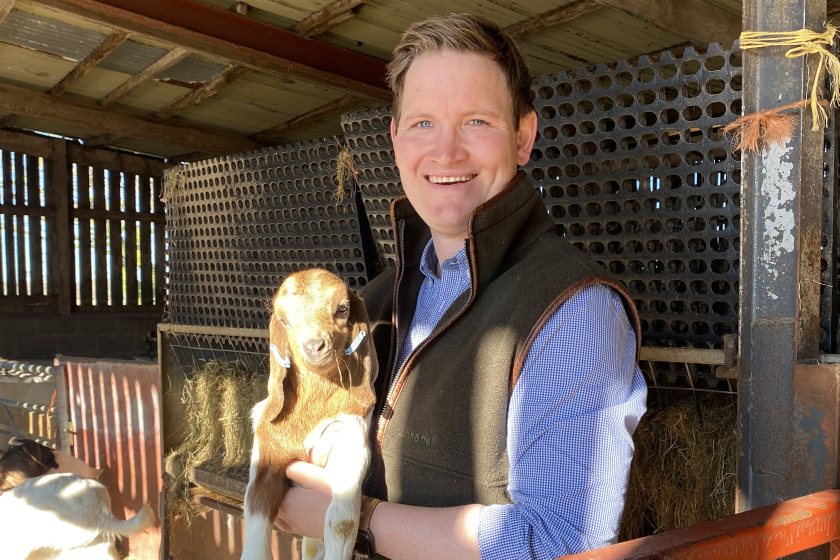 A young farmer has developed a successful business rearing goats for their meat, becoming one of only a handful of farmers in the UK producing it on a commercial scale.

Five years ago, Chris Dickinson took a bold step into rearing goats on his farm near Penrith, Cumbria.

Whilst farming goats for their milk is not uncommon, he is just one of few who are producing goatmeat on a commercial scale in the UK.

He believes the meat is set to become more common as consumers put a greater focus on the health benefits of their food.

Chris manages Tailored Goat Company alongside his work in the free range sector and the running of his mixed family farm where he has cattle, sheep and arable land.

When Chris finished school, he went away to university in Newcastle for three years, before working in the poultry industry once he had graduated.

“Working in the poultry sector was probably what interested me the most in agriculture at that point, and I went to work for the NFU as National Poultry Advisor at Stoneleigh,” he said.

“It was a job where you came across a lot of different people who had done some quite radical things, particularly in the way they marketed products in different ways, and I saw what a difference that could make.

"It was whilst I was there that I came across the idea of rearing goats when I met a farmer who kept a handful of Boer goats.”

Boer goats are a breed that originate from South Africa and are specifically bred for meat production with their ability to put on lean weight quickly.

Chris said: “I was impressed with how they looked to begin with, and I started doing some research into how people eat goat and whether there would be a potential market for it.”

The Cumbrian farmer visited as many farms as he could in his research, but found that there were very few people rearing goats on a commercial scale.

He was fortunate that during his research a rare opportunity to buy a herd of around 150 goats came up near Bury St Edmunds.

“I bought that as a starter herd in one go, which meant I had goats of all ages and could see if I liked it and thought it could work without spending too much money.

“We already had buildings and land for sheep, so we avoided having a huge setup cost,” he said.

Looking after the goats

Looking after the goats was not entirely alien to Chris as his family had kept Golden Guernsey goats to show for the last 25 years.

But he said they were very different to sheep: “Goats are not something you can buy a lot of and just put in a field, you have to be really on top of them. 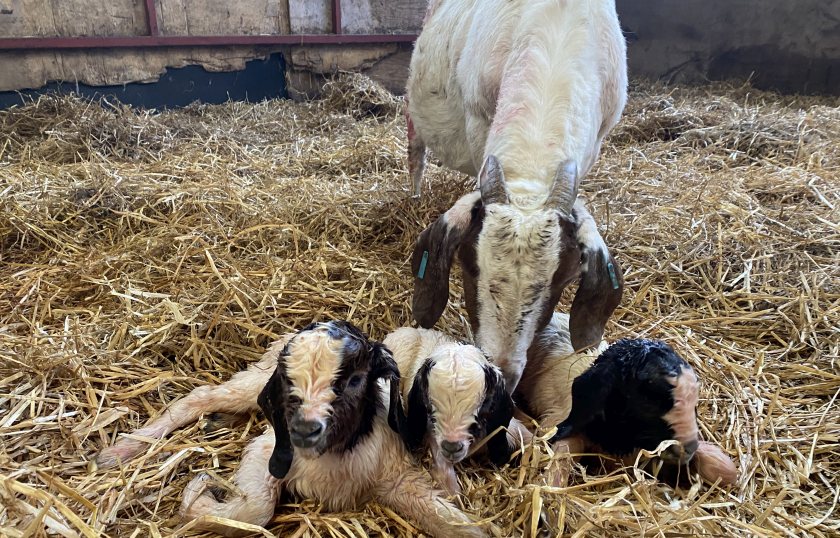 "Unlike in other livestock sectors there is not that wider industry to fall back on, simply because there are so few people with meat goats.”

Goats have more similar dietary requirements to calves than they do to sheep, and Chris feeds his on a high protein rearing nut as well as hay, and of course the grass they graze.

“All of our goats go out in April and we bring them in at the end of October because otherwise they would catch pneumonia, that might not be the case further south but in Cumbria it is a necessity.

"You do need to ensure they have shelter available because they really struggle in the wet," he explained.

He added that moving into a niche area of agriculture had been a steep learning curve: “There is so little information out there, so it has been a lot of trial and error.

"We have been doing it for five years now and every year you get a little bit better, for example the goats are very prone to worms, so we have been trying to find the best way to tackle that."

Goatmeat has an extremely low fat content and sits somewhere in between beef and lamb in terms of its taste and texture.

“Everything I produce is under 12 months old”, Chris said, “Some people do sell older, culled goats which can be quite tough, but our meat does not need to be cooked as slow and low.

"It is very important to know what you are buying with goatmeat, because it is similar to the difference between lamb and mutton.”

He said that goats were such a unique product, and that it created a lot of opportunity in their marketing: “It is a way for us to be a price maker not a price taker.

"In most sectors you take the animals to auction and get the price you are given, but because this is so rare, it is different," he added.

"It is difficult to make it work in local shops because they need to make their margins, so I mainly sell whole carcases to high end wholesalers and restaurants, and I cut up and package some myself which I sell direct to the public.”

Chris believes that goatmeat is only going to become a more common choice for UK consumers in the coming years.

“I do think goatmeat will become more popular in the future because it is a healthy, high end choice, which is high in protein and even lower in saturated fats than chicken and turkey.

"I think that now the younger generation are perhaps better travelled and therefore more open to trying different foods.”

He also believes that there is scope for goatmeat production to expand: “I think the numbers will increase and I would like to get to a point where I am working hand in hand with other goatmeat farmers.

"For example, in the same way as other farming sectors where different people are doing different parts of the process, so you could have the rearing, finishing, and marketing all as separate entities."