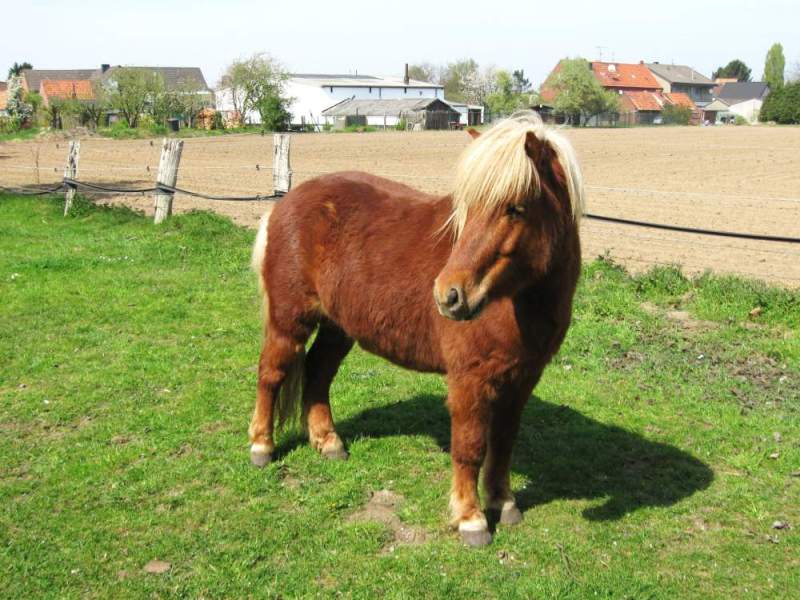 A farmer has had her nine Shetland ponies stabbed in a "barbaric" attack in the late hours of the evening - with one dying from a suspected heart attack.

A pony called Lucas was killed while its rescue-horse mother Matilda was stabbed in the neck and hind at a farm in Lea Town, Preston, Lancashire on Sunday (20 August).

24-year-old Khrystinea Farnworth, the owner of the animals, said one of the ponies has had "her trust broken by a human again".

Matilda was rescued seven years ago when it was discovered she was being tethered to a tree with barbed wire.

Shortly after being rescued by the Farnworth family, Matilda gave birth to Lucas and both looked destined to live their days out with other Shetland ponies and rescue horses in peace.

But on Sunday, in the early hours, both were attacked with knives.

Miss Farnworth said: "It's disgusting and barbaric. You don't expect it to happen to you. I still can't process what has actually happened.

"We are in the middle of nowhere and have no enemies."

Matilda, who already had neck scars, is recovering from her injuries.

On Facebook, Preston Police said: "The incident occurred some time after the early hours to midday today (Sunday).

"This appears to be a deliberate attack which has caused great distress, not only to the owner but the animals themselves.

"We are requesting equine owners to be vigilant and report any suspicious activity to us."

Anybody with any information that can assist with this investigation can email Pc Magee at 8997@lancashire.pnn.police.uk and quote log reference.