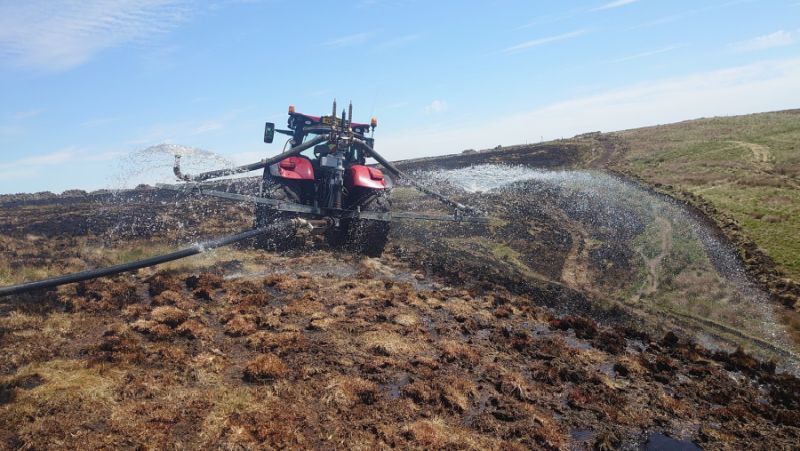 Farmer's son Dan Fowler, who now works for United Utilities, was the first to spot the potential for agricultural machinery to tackle wildfires

A Lancashire farmer's son has been praised for spotting the potential for agricultural machinery and equipment to tackle moorland fires.

When Dan Fowler worked on the family dairy farm in the 1980s, little did he know his skills would one day change the course of some of Lancashire’s most devastating environmental events.

Thirty years on, and now a land agent for water company United Utilities, he was the first to spot the potential for agricultural machinery to tackle wildfires.

Equipment originally designed for moving slurry is becoming an effective weapon tackling blazes in areas so remote they can stretch fire service resources to the limit.

A farmers’ armoury of pumps, pipes and tanks has proved to be the perfect equipment for getting a ready supply of water hundreds of metres up and across remote terrain.

And with the help of discussions between the fire service, contractors and a few specially made fittings, it’s been adapted to work with the tenders and engines the firefighters use.

The idea has been called a ‘game changer’ by Lancashire Fire and Rescue Service.

Fowler's lightbulb moment came when he and the United Utilities catchment team were helping tackle a fire near Anglezarke reservoir in 2018, in which 14 acres of woodland went up in smoke.

He said: “The fire service were fighting the fire and we were assisting with the delivery of 1,000 litre tanks of water that were topped up from nearby reservoirs and dropped off at the fire with pickups and trailers. I thought, ‘we are making hard work of this’.

“Because I grew up on a farm, I knew the tractors, tankers and pipes we used to move slurry would be much easier, if they could be used to move water. 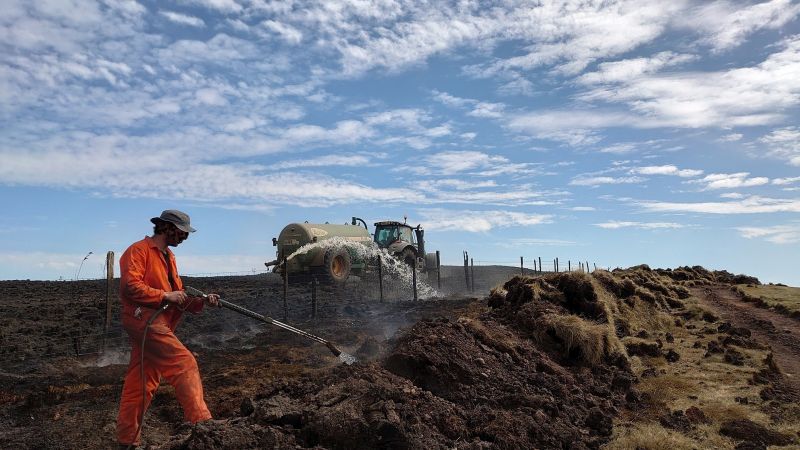 "A single slurry tank holds 12 times as much water as one of our static tanks, plus they have their own built-in two-way pumps.

"They fill straight from the reservoir and empty into the back of a fire engine or other firefighting equipment in a fraction of the time.”

When the next fire hit Winter Hill days later, tractors and tankers from Taylors Contractors of Brindle near Chorley proved a vital part of a response, which lasted 43 days.

It was noted that the Fire Service spent a lot of time rolling out relatively short lengths of hose with lots of joints and couplings in an area that covers hundreds of acres.

By now, Fowler knew that he could do even better, by using an umbilical pipe and pumping system he’d used with his dad on the farm near Greenhalgh Castle, Garstang, where he still farms today.

“Slurry is much thicker than water and pumping it a distance of 800-1,000 metres is fairly typical on a farm," he said.

"Plus the umbilical system can be fitted with spreader plates and jetters to distribute water over a wide area to douse flames, protect woodland or create firebreaks.

"The only thing I wasn’t sure of was whether the pumps would be as effective with water, which doesn’t have the viscosity of slurry for them to push against,” he said.

With the help of Lancashire Fire and Rescue Service, Natural England, the tenant farmer and local agricultural contractors, Fowler arranged to test his idea on a remote hillside on United Utilities’ Rivington estate near Belmont reservoir.

“In just over an hour, tractors fitted with powered hose reels had laid around 1.2km of rubber hose and were pumping between 40 and 50 thousand gallons of water every hour to a height of 120m against gravity," he explained. 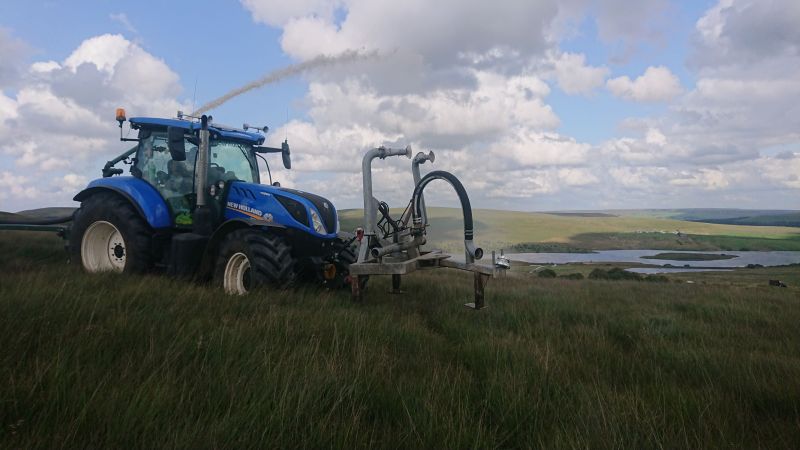 "It was far quicker than the fire service could deploy the same distance of standard fire hose. The water could also be spread on the ground to damp down as well as just being jetted."

The equipment Fowler tested was rolled out in earnest for the first time during the lockdown blaze that raged several days over 5km of Darwen Moor earlier this year.

The fire laid waste to hundreds of acres of habitat and killed hundreds of nesting birds.

As up to 60 fire firefighters tackled the blaze, the agri system pumped water 3.5km from Belmont reservoir to a height of 150m, which proved a challenge but the system coped well.

Lancashire FRS Head of Fleet & Engineering, John Hargreaves said officers in charge of the Darwen incident were impressed by the effectiveness of Fowler's concept and the professionalism of the contractors in deploying the kit.

The fire service had previously used the umbilical system to move water during floods at St Michael’s village where it had successfully reduced the risk of further flooding in the area.

This led to John Hargreaves and Station Manager Nick Ingham, the Fire Services Equipment Officer, working with Fowler to develop the idea as an effective resource on the moorland incident.

"Using this system along with tracked vehicles capable of carrying up to 4,000 litres of water is an effective method to quickly deploy an effective resource to the fire front," he said.

“The Fire Service will continue to develop the concept by making agricultural equipment more compatible to mechanise moorland firefighting, resulting in less resource being required to deal future incidents."