Farmer set to export 'cutest sheep ever' after successfully breeding them 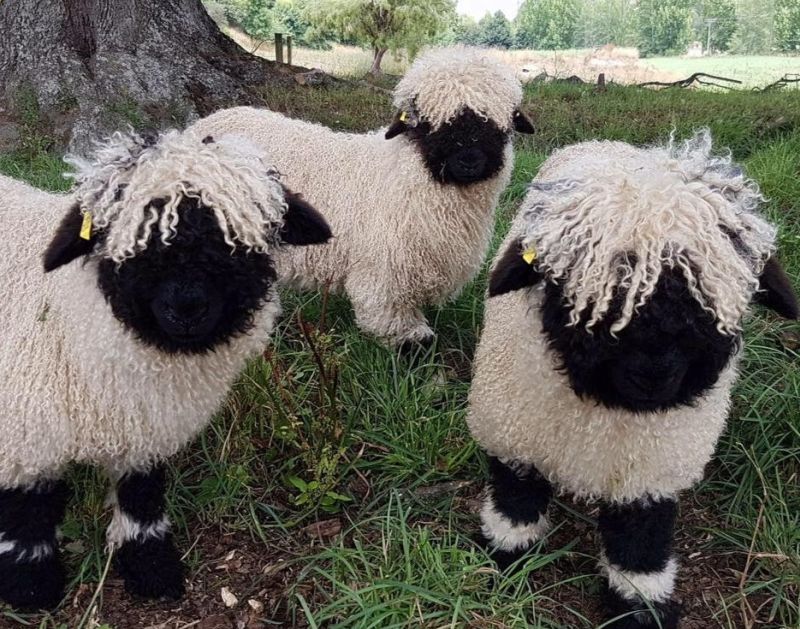 With the help of British breeders, the NZ couple now hope to introduce the breed to North America (Photo: Valais Blacknose NZ/Facebook)

A farmer hopes to take the world by storm with the "cutest sheep ever" after successfully breeding them in New Zealand.

Sally Strathdee and husband Lindsay, who farm in the countryside near Motueka, South Island, came across a Facebook photo of Valais Blacknose sheep five years ago.

Since then, they became hooked on the breed, and the couple have tried to find a way of breeding the sheep in New Zealand.

Initially trying New Zealand, Australia and the United States, but to no prevail, the couple identified British breeders who had gained top placings in the Carlisle show.

Breeders in Scotland agreed to help the couple, but New Zealand's strict import laws around livestock prevented live animals being brought from the UK to their home country.

Sally and Lindsay worked closely with the breeders to give them the confidence they could gain entry to NZ at a time when the entry conditions were still being updated.

A small gleam at the end of the tunnel occurred, and a change in the NZ biosecurity laws finally meant the import of embryos was going to be a possibility.

In May 2017, after wading through an enormous amount of red tape, numerous visits to breeders to select foundation stock, and finding a couple of breeders willing to undergo stringent requirements, the couple finally had embryos frozen and put on a plane to travel 11,000km.

Embryos arrived began to arrive, and 16 Valais Blacknose sheep were born shortly after.

The couple, who run the 12,000 follower strong Valais Blacknose New Zealand Facebook page, are now waiting for the green light to begin exports to North America.