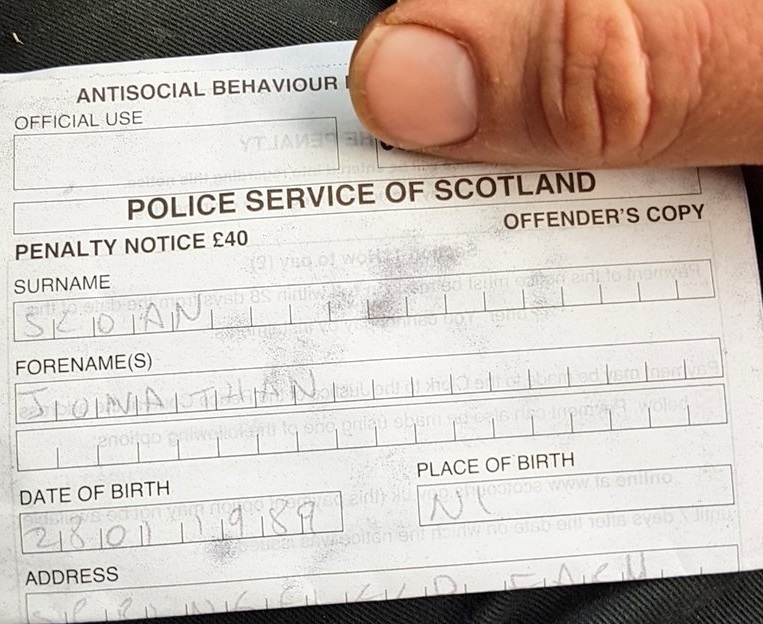 No action was taken against the dog owner, despite the fact that livestock worrying is illegal (Photo: Jonathan Sloan)

A farmer who protected his sheep from a dog attack has been fined by the police for "breach of the peace".

Jonathan Sloan, who farms in Springbank Farm near Kinross, was hit with a £40 fine simply for trying to rescue his flock of sheep from the dog.

The 28-year-old's neighbours told him that his flock of 60 black-faced sheep was under attack by the "out of control" dog. The owner of the dog failed to stop the animal from attacking the livestock.

Mr Sloan eventually put the situation under control by hitting the dog with his shepherd's crook to help it move away. The dog was eventually contained.

The farmer then called the police after a heated argument with the dog owner, who became aggressive. But after speaking with police officers, Mr Sloan ended up with a £40 fine.

No action was taken against the dog owner, despite the fact that livestock worrying is illegal. Farmers are legally entitled to shoot dogs which are out-of-control and pose a threat to livestock.

Nevertheless, Mr Sloan was fined for "breach of the peace" due to "threatening behaviour".

The incident follows news of a month-long campaign launched by Police Scotland to raise awareness among dog owners about the devastating effects of livestock worrying.

It coincides with a rise in sheep attacks by dogs during November, a time when sheep are brought down to low lying pasture, in areas more accessible by walkers.

Police Scotland has said farmers and those who use the countryside are urged to report all incidents of livestock worrying to police on 101 or 999 in an emergency.

But the news of Mr Sloan facing a fine and the dog owner getting away with the livestock offence will undoubtedly make farmers feel defenceless.

A Police Scotland spokesman said: “Police were called to Springfield Farm in Kinross on Tuesday (7 November) to a sheep worrying incident, which resulted in a dispute involving a farmer and dog owners.

“A 28-year-old man was issued with a £40 fine for threatening and abusive behaviour.”

Mr Sloan is now taking legal advice from NFU Scotland before he decides whether to pay the fine or not.