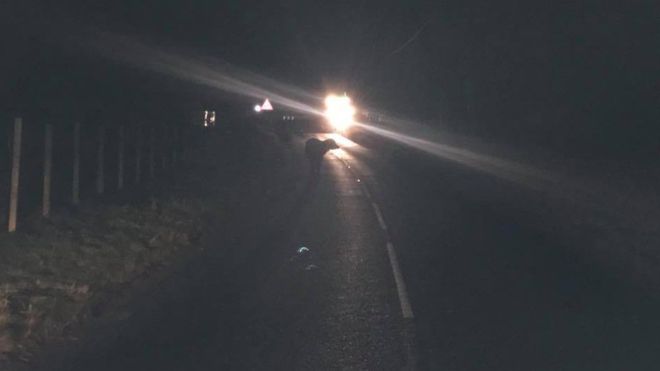 A farmer has issued a plea on social media to find a water buffalo which got "spooked" and left the farm.

The animal, which has been on the run for 4 days, left Clentrie Farm in Auchterool near Kirkcaldy, Fife, on Saturday (9 December).

Despite searching high and low, Steve Mitchell, owner of The Buffalo Farm, has been unable to find it so far.

Mr Mitchell has taken to social media in a bid to try more luck in finding the buffalo.

A post on The Buffalo Farm's Facebook page said: "He has been spotted unfortunately we have not got him home yet.

"He appeared on the road very close to Shawsmill Farm. Unfortunately we couldn't persuade him to go into the sheds but have got him into a field nearby.

"We have put some silage in with him and hope he will settle tonight.

"Unfortunately the fences in that field are not the best as it's not a normal livestock field but fingers crossed he is still there in the morning.

"The plan will be to take a quiet calm buffalo down to him and all being well walk them both home."

Mr Mitchell said the buffalo is "well and not injured", but the hunt continues.

As of Tuesday (12 December), it was last seen at Shawsmill Farm. Mr Mitchell believes that he has headed towards Cardenden again.