Farmer to shave off lockdown-beard for air ambulance charity 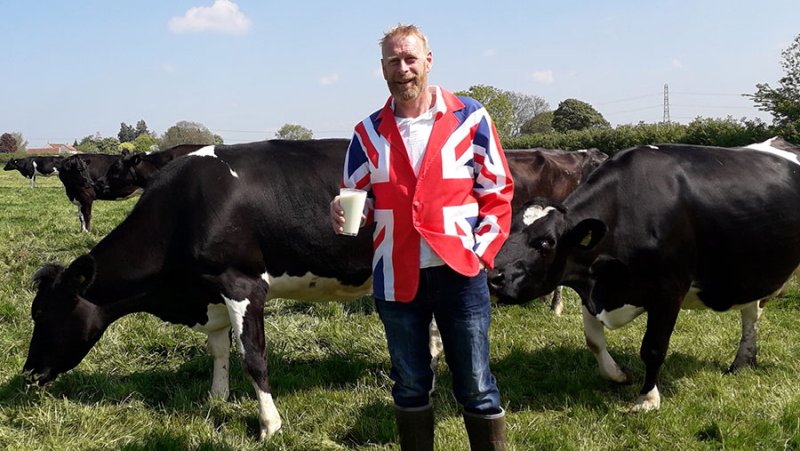 Funds that have been raised so far can pay for an entire potentially lifesaving mission (Photo: Richard Cornock/The Funky Farmer)

A Gloucestershire dairy farmer who has grown a beard during the Covid-19 lockdown is to shave it off to raise money for the Great Western Air Ambulance.

Rich Cornock - known as the Funky Farmer - has so far managed to raise over £3,500 for the vital charity, which often saves farmers' lives.

The Tytherington-based farmer will also be shaving his hair and eyebrows for the Saturday 4 July event.

"I've been growing this ridiculous beard since the start of lockdown and now is the time for it to go - along with the hair," he said on his online JustGiving page.

"It'll all be coming off on Saturday July 4th and a video of the event will appear on The Funky Farmer YouTube channel shortly after."

He said the public can still donate: "No matter how small a donation you make it is appreciated and goes towards helping the air ambulance do it's vital work."

Mr Cornock chose to raise money for the Great Western Air Ambulance as the work the charity does means a lot to him and to the region's farming community.

“Farmers often work alone and in inaccessible places where ‘normal’ help can’t get to in times of a medical emergency, so the air ambulance is a godsend and their work is appreciated by us all.

"Very few people realise that the charity receives no day-to-day government funding and is only kept going by donations like this,” he added.

The money that has been raised so far will pay for an entire potentially lifesaving mission, including the helicopter, fuel, pilot, specialist paramedic in critical care, critical care doctor, the drugs, equipment, hangar, blood and plasma.