Farmer told to pay out over £12k after river pollution 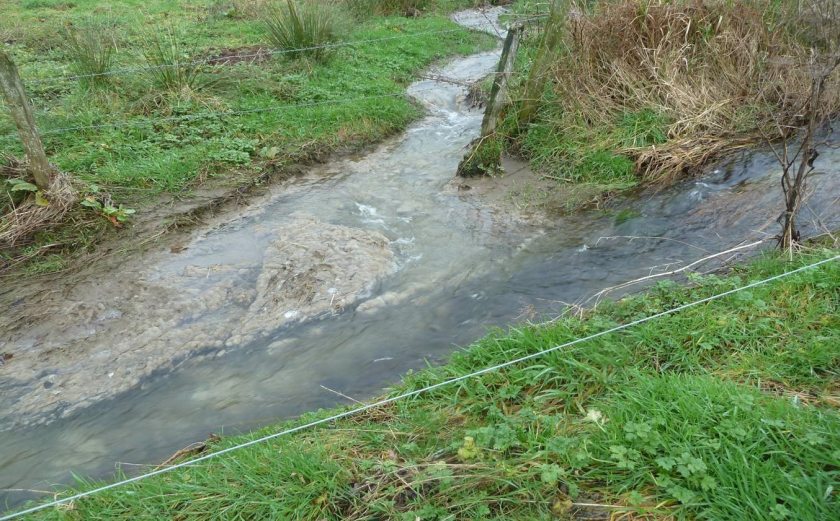 A Carmarthenshire farmer has been fined for persistently polluting a river

A farmer from Carmarthenshire has been ordered to pay out over £12,000 after he persistently polluted a river with farm effluent.

David Marks, of Cwrt Farm, Pentrecwrt, pleaded guilty to offences under the Environmental Permitting Regulations 2016 when he appeared before court on 11 September.

Mr Marks had failed to empty a silage tank regularly causing the tank to overflow and drain into the Afon Gwr Fach on three separate occasions between December 2017 and December 2018.

Sewage fungus was found along the 0.75km stretch of the Afon Gwr Fach from the farm to the confluence of the Teifi.

Natural Resources Wales (NRW), responsible for upholding environmental protection, said the fungus had grown as a result of silage effluent running into the river.

It added the persistent pollution in the Afon Gwr Fach would have been poisonous or could have injured fish, spawning areas and food of fish.

Ioan Williams, environment team leader for NRW said: “There are regulations in place in Wales to protect our land and water that Natural Resources Wales (NRW) is responsible for upholding.

“We support farmers as much as possible to address non-compliance with regulations by offering advice and practical support on how they can reduce their risk of causing pollution.

“When something threatens the safety of our natural resources, or there is compelling evidence that regulations are being deliberately flouted, we will not hesitate in taking enforcement action.”

Mr William added that most farmers acted responsibly in their waste and nutrient management practices.