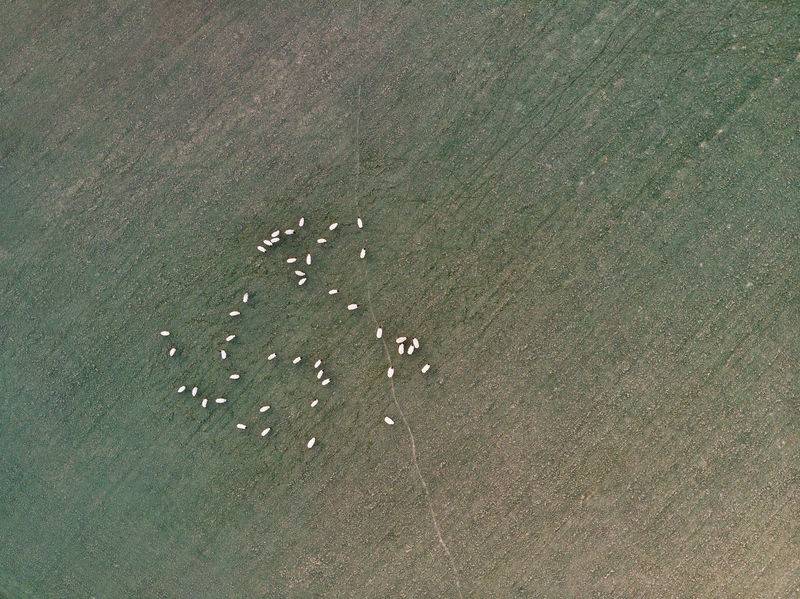 The farmer is now at the point that when he flies the drone, the sheep follow it

A farmer has taken a novel approach to herding by training his sheep to associate a drone with food and therefore learn to follow it.

Wojtek Behnke, whose work has recently been featured on the BBC's Inside Out Wet Milands, is seeing positive results.

He started putting food out for his sheep and flying his drone, ensuring that the animals quickly learnt that it is a signal for food.

The Shropshire farmer is now at the point that when he flies the drone, the sheep follow it.

Harper Adams University, which is working in partnership with Mr Behnke, said farmers around the world use drones to herd sheep.

Professor of Applied Animal Behaviour, Mark Rutter said: “There have already been a lot of videos online of farmers in New Zealand using drones to herd sheep by using them to scare the sheep into moving.”

Some clips, for example, show drones making barking noises to encourage the sheep to move.

“But from talking to farmers, we’ve seen that sheep become habituated to drones being used in this way relatively quickly,” he added.

“It might take a bit longer with the system using the sound of a dog barking, but they’ll still likely to get used to it pretty quickly.

“Learning to ignore, or habituate, to things that aren’t a threat it is a very important function in the evolution and development of animals; you can’t be scared of everything as you’ll end up doing nothing.

“You therefore will quickly learn to filter out what are the genuine threats and what things you can ignore.”

But what can also be learnt are the cues associated with food, and this is where the university is trying something different.

Mr Behnke started putting food out for his sheep and flying his drone so that they quickly learned that the drone is a signal for food.

He’s now at the point that when he flies the drone, the sheep follow it.

The hope is that drones will also be used for monitoring sheep: “We think this could be a very cost effective way,” he said.

“Relatively expensive pieces of kit, such as activity monitors, have been created for dairy cows, but that’s because dairy cows are higher value livestock.

“A cheaper solution is needed for sheep and this is where we think the drone could play an important role in the future.”