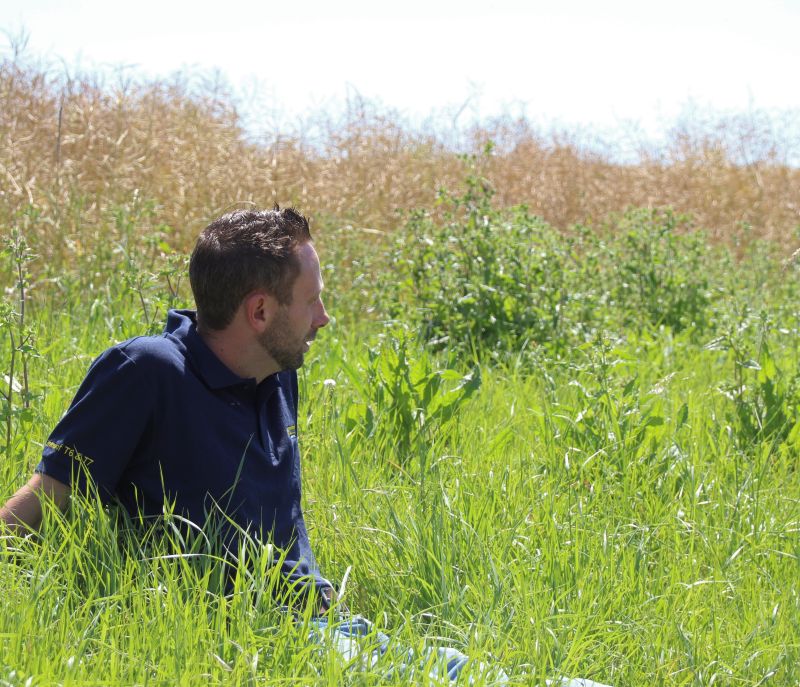 A farmer who has battled cancer and depression has told others in the industry not to be afraid to reach out for help if they need it.

As part of the annual Farm Safety Week, new statistics have been released which show that 39 people have lost their lives on UK farms in one year alone.

But the week-long initiative isn't only about highlighting the physical dangers on farms.

Cancer survivor Chris Surgenor from Co Down has spoken about his battle with depression and loneliness to the Farm Safety Foundation, the charity behind Farm Safety Week.

Diagnosed with Leukemia at just 16-years-old, he received life-saving transplant.

Chris decided to mark this time with a tattoo which reads “even at my weakest moment, I know I am strong because I survived” a reminder of battling and overcoming cancer.

Looking back, he admits that this experience triggered a long period of low mood, but it had been manageable until recently.

'Farming can be a lonely job'

He arrived in Essex in 2014 to work on a large farm, leaving behind his loved ones in Northern Ireland, including his frail grandmother.

But as with many farmers, the issue of rural isolation was a massive factor in the lead up to his depression.

And, following the death of his beloved dog in November, Chris started to think more about mortality and worry about his grandmother's health.

“Farming can be such a lonely job,” he said.

“I’d spend up to 10 hours working alone and when you have so much time on your own, you tend to overthink.

“I realised that I didn’t actually have any in Essex. It wasn’t like home.”

At this time, Chris’ grandmother's health deteriorated and his girlfriend noticed that he was starting to become more distant.

In February this year, his relationship with his girlfriend ended, and Chris went down a slippery slope of drinking excessively and working long hours.

He lost 6 kilos in one week and with no sleep, found himself in a dark place.

After asking the Farm Manager for some time off, a chance encounter with the owner of the farm led Chris to admit that something was going on.

“He sat back in the office and just listened” said Chris, “and at the end he pulled out his phone and said ‘You need to speak to a doctor’.

“This was my lowest point. I had admitted I needed help. I was trying to find this help but no one was reassuring me and I felt like I had been abandoned. I wondered what’s the point? I wasn’t fit to work.

“I had no girlfriend no friends and I couldn’t go home as everyone thinks I’m happy and successful and to admit I’m not would break my Mum and Nanny’s heart. How do I make this stop?”

At this point, Chris nearly attempted suicide. But when realisation struck – he couldn’t do this to his loved ones.

'Help is available for farmers'

This proved a turning point. He decided he wanted to help himself, and a visit from his best friend Paddy encouraged him to get a new dog.

Dozer has become a source of comfort, companionship and motivation for Chris who recently buried his grandmother.

He now feels passionately about encouraging others in a similar situation to educate themselves about the specialist services available to those in the farming community.

“I thought mental health support was only for those in cities and I didn’t want to speak to them as they wouldn’t understand.

“I honestly never knew that there is help available for farmers and their loved ones. Now that I do know, I want to do something to help raise awareness of this help so that I can maybe help someone too.”

He added: “I’ve learned that pain, tough times and even depression are time limited. I’ve fought cancer and won. No matter how horrible things have been in my life at times, things have always gotten better.

Help is available from numerous rural-based charities such as Royal Agricultural Benevolent Institute (RABI) and the Farmer Network.