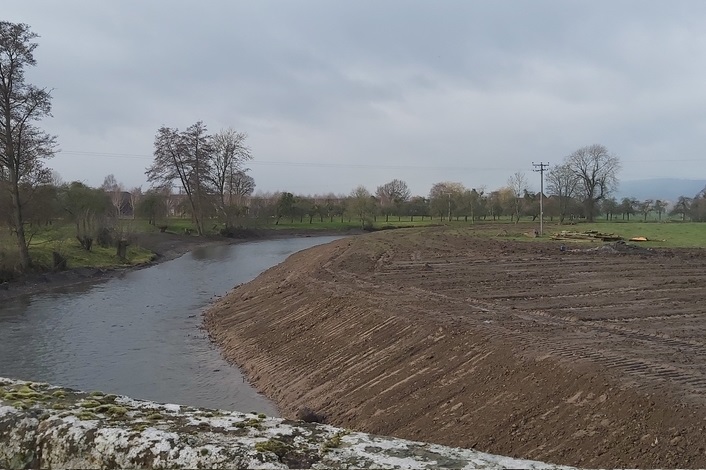 A farmer who was accused of 'obliterating' riverside habitats after he dredged a mile-long stretch of the River Lugg has been cleared of wrongdoing by the Forestry Commission.

The 66-year-old farmer, who lives next to the river, bulldozed a 1.5km stretch into a 'sterile canal', with all riverside habitats 'obliterated'.

Herefordshire Wildlife Trust called his actions 'a crime against the environment', and urged authorities to take 'swift action' against him.

However, Mr Price told The Daily Telegraph that he was protecting local households from flooding, which were heavily impacted by storms in 2019.

Now the Forestry Commission has announced that no further action will be taken against the farmer.

A spokesman said: "Following an investigation we can confirm that the felling operations were undertaken with the authority of an approved conditional felling licence and no further action is to be taken in respect of the felling at this time.

"The licence did not authorise any works beyond the felling of the trees. The conditions of the licence do, however, require re-stocking of the felled area no later than June 30, 2026.

"Failure to comply with these conditions may result in the Forestry Commission taking enforcement action in the future."

However, Natural England and the Environmental Agency are still continuing their investigations into Mr Price's actions.

Emma Johnson, of Natural England said: "Natural England and the Environment Agency are currently investigating the full circumstances of this significant incident on the river Lugg.

"This is a live investigation, which may lead to legal action and as such further details cannot be shared at this time."