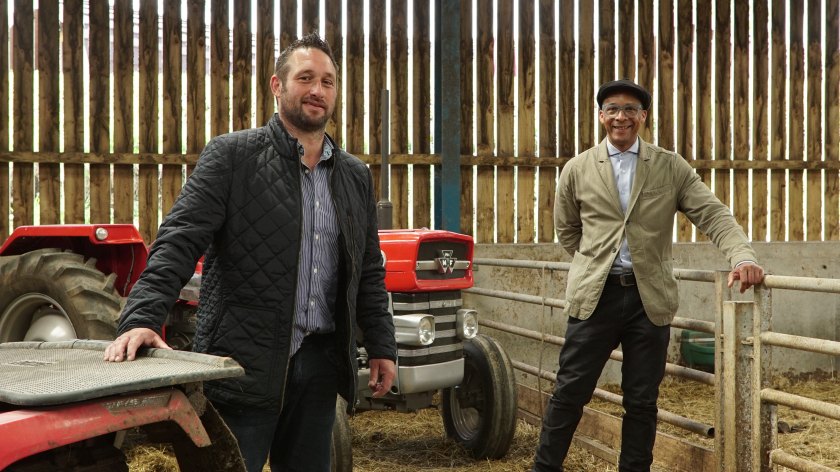 A farmer who took on a flock and lambed them for a friend stricken by Covid-19 will feature in a BBC Two show centred on people's heroic deeds.

Herefordshire farmer Sam Stables took on an entire flock of sheep from Yorkshire to his farm and lambed them for a friend stricken by Covid.

David Newhouse, who farms in Malham, North Yorkshire, contracted the virus days before his flock of 240 Cheviot Mules were due to lamb.

He was rushed to intensive care, leaving wife Carol, also displaying symptoms of the virus, to lamb the flock alone.

Sam, a long-standing friend of the family who farms 81 ha on the Duchy of Cornwall Estate, arranged a haulier to transport some of the flock 200 miles south to lamb on his own farm to ease the pressure on the family.

In each episode, members of the public nominate local heroes to receive a bespoke, handmade piece of wooden furniture to recognise the work they do for their community, often going above and beyond.

David said of Sam: “I don’t know how he did it, he saved me a lot of lives. The pressure he took of me by doing what he did was just immense."

He added: “I’m a diabetic and I went downhill within a matter of days. I had to finish up going into hospital and it was just on the point of lambing time when you need to be on the ball. You can’t be away.”

When asked by the show's presenter Jay Blades “Why do you think he done it?” David answered: “Because he loves me. I’m proud to say. Like my own family, he’s one of us.”

In the show, which airs on Wednesday (8 September), David issues Sam a surprise thank you which is designed and created by expert craftsman Ciaran and his team.