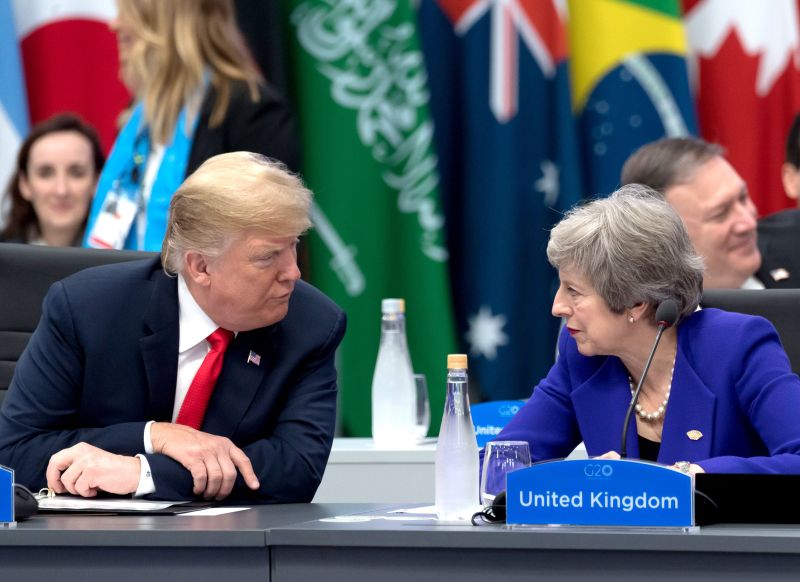 The US has outlined its aims for a post-Brexit deal which could open the UK food market to products such as chlorinated chicken (Photo: Jacques Witt/SIPA)

British farmers have warned that standards 'must not be sacrificed' in a future US trade deal as the Trump administration demands 'unwarranted barriers' are pulled down.

The United States government published its “negotiating objectives” for a future trade deal with the UK, including “comprehensive access” for agri goods and a demand to pull down “unwarranted barriers”, such as rules which regulate the UK food and farming industry.

The demands, which runs to 18 pages, is likely to fuel concern within the industry which fears a lowering of food and farming standards once the UK leaves the EU.

David Henig, the director of the UK Trade Policy Project and a former UK trade official, said the list is an 'uncompromising document with no mention of mutual benefit'.

NFU President Minette Batters said the demands 'comes as no surprise'. She said it is 'imperative' that any future trade deals do not allow the imports of food produced to lower standards than those required of British farmers.

But a spokeswoman for the Prime Minister said that the government has always been 'very clear' that there will not lowering of food standards as part of a future trading agreement.

“A free trade agreement with the US has always been our priority. I note that they’ve published their objectives in those talks and we will publish ours shortly.”

“We welcome the fact that they have set those out. We will be in talks with them and we will publish our own shortly.”

It follows news of the International Trade Secretary, Liam Fox explaining how it is 'categorically untrue' that UK food and farming standards will be lowered as it leaves the EU.

Indeed, a report has warned of the potential increase in cheaper, lower standard food imports to the UK which could put British farmers at a competitive disadvantage.

While UK government ministers have insisted that they will protect British agricultural standards in trade negotiations, US president Donald Trump's commerce secretary, Wilbur Ross, has also said that any post-Brexit deal with Washington would hinge on the UK scrapping the kind of standards operated under membership of the EU.

A senior US meat lobbyist from the National Pork Producers Council (NPPC), a group which represents American pig farmers, told the Trump administration earlier this month that the UK must adopt US food producing standards if it wants to secure a trade deal post-Brexit.