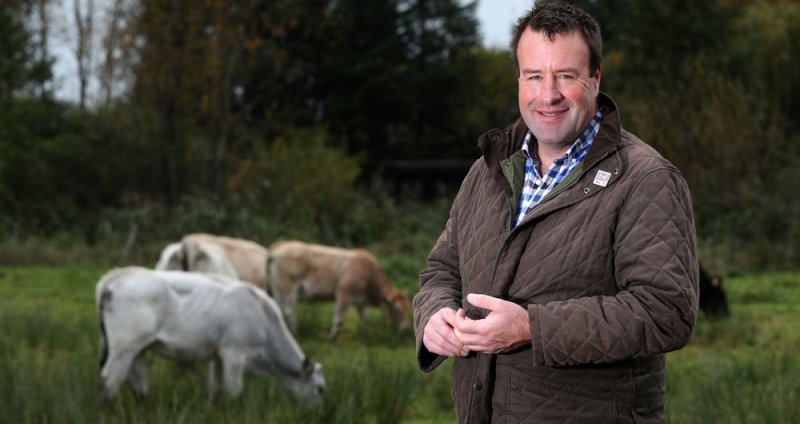 NFU deputy president Stuart Roberts, who farms 110ha in Hertfordshire, features as one of the case studies

Twenty-six farmers across the UK have showcased what they are doing to help the industry reach the net zero by 2040 ambition.

The NFU has released a booklet ‘Doing our bit for Net Zero’ which includes case studies from every sector and from farms across England and Wales.

The Committee on Climate Change called for the UK to drastically reduce emissions to zero over the next three decades.

The recommendations, published in May 2019, aim to slash emissions by 80 per cent what they were in 1990.

The farming industry is aiming to reach net zero greenhouse gas emissions by 2040 as a contribution to a new target of 2050 for the whole of the UK.

The NFU's new report covers each of the three pillars outlined in the union's net zero plan: productivity, carbon storage and renewables and bioenergy.

Some of the work outlined in the booklet includes examples of farmers who are continually improving livestock genetics and animal health to boost efficiency.

And some producers have invested in new technologies to increase farm productivity.

The 26 case studies aim to inspire others to start their net zero journey ahead of the 26th meeting of the UN's Climate Change Conference (COP26), which will take place in Glasgow in November next year.

NFU deputy president Stuart Roberts, who farms 110ha in Hertfordshire, features as one of the case studies.

“We started off with a stockless cereal rotation but the weed burden made it too difficult. Introducing sheep has led to a 34% increase in yield,” he said.

“We want to do more work on finding the best blend of livestock and technology so our next step is bringing RTK wider-spaced drilling and inter-row hoeing alongside the animals.

"And I know I need to get better at regular soil testing so that the crop and livestock genetics we’re putting so much effort into get the right nutrients."

He added: "If all of us, big and small, owner and tenant, take action now, I know that together we can produce the most climate-friendly food in the world.”

He said British farmers were 'ambitious' in their goal in producing some of the world's most climate-friendly food.

While he admitted the goal was a 'challenge', the NFU deputy president urged farmers to come together and encourage each other to progress.

“There is not one singular way to go about these changes – it just needs to work for the individual business," Mr Roberts added.

"Even within the NFU’s three pillars of improving productivity, increasing carbon stores and boosting renewables and bioenergy production, these case studies show that there are so many options for farmers to explore."

The NFU will be publishing extended versions of the case studies online over the next few months to provide even more detail about the work farmers are undertaking.