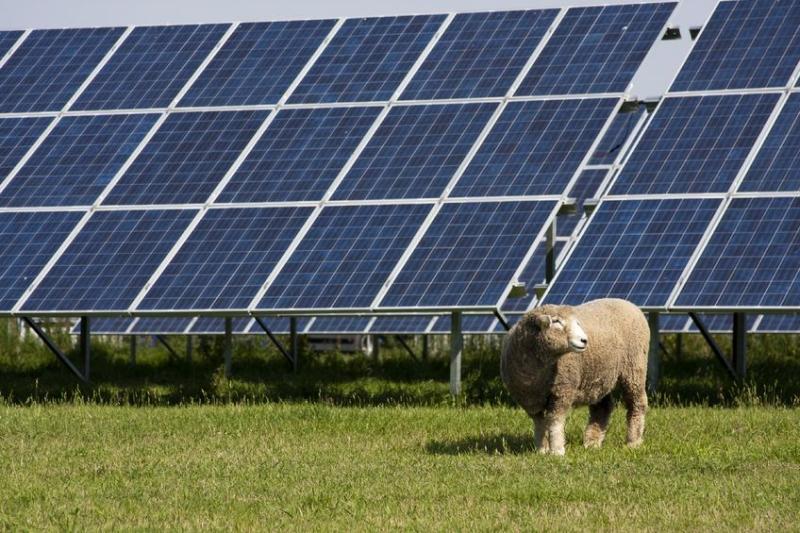 With June 2018 clocking in as Britain’s sunniest month since July 2013, both ground-mounted and roof-mounted solar arrays are pumping out the kilowatts.

And with the NFU estimating that farmers own or host more than two-thirds of Britain's solar power installations - the records couldn't have been achieved without them.

Solar broke the record for weekly output between 21 and 28 June, producing 533 gigawatt hours of power.

In another record breaker, solar generated more than 75GWh on five of the seven days during that period. Solar output also achieved more than 8GW for eight consecutive days in a UK first.

The NFU's chief adviser for renewable energy and climate change, Dr Jonathan Scurlock said: "At times, solar power has been generating more than a quarter of UK electricity output (nearly 28 per cent at lunchtime on 30 June).

"On average over this period, solar has been generating around 7-8% of total UK electricity, breaking weekly and monthly output records and pushing wind power into second place, at about 6-7%."

The record breaking stats follows news of farmers looking ahead towards green projects as the future of UK farming looks set to change.

Various grants and funding are on offer for farmers to encourage green growth, coupled with future government subsidies post-Brexit leaning towards environmental stewardship.

With costs still falling, an increasing number of farmers are finding a good business case for on-site solar PV generation, with or without government support.