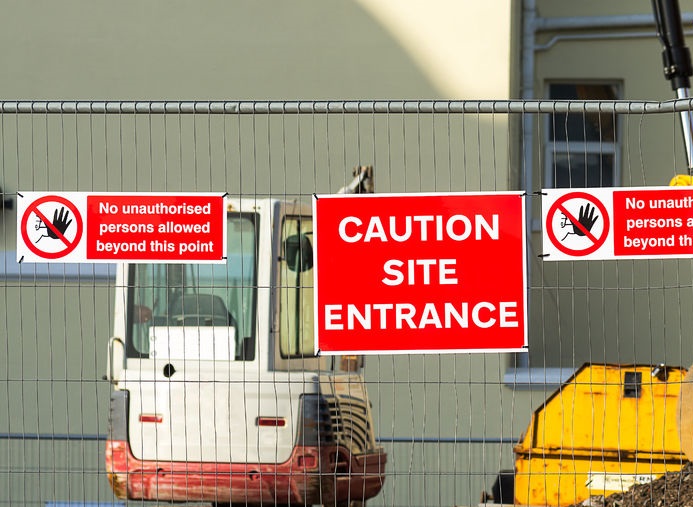 Farmers must be prepared to dedicate time and resource to health and safety standards to avoid falling foul of government inspections, an agricultural risk expert has warned.

Farmers risk serious or face severe penalties if they are found to have flouted regulation following the launch of the latest raft of targeted on-farm inspections by the Health and Safety Executive (HSE).

The initiative will see inspectors visiting hundreds of farms up until March 2019, as part of HSE’s continued efforts to crackdown on high rates of death and serious injury in the industry and change attitudes to risk.

Agriculture represents just 1.2 per cent of the workforce in Great Britain but accounts for 20 per cent of reported work-related fatalities each year.

HSE has previously estimated the economic cost of workplace injury and ill health in agriculture to be £293m.

Additionally, there are estimated to be 15,000 cases of occupational ill-health reported to be caused or made worse by work each year.

“Agriculture is an industry in which risks are poorly managed, evidenced by persistently high rates of death, serious injury and ill-health,” he said.

“There are a number of factors that make managing risk a challenge – more farmers are having to work alone, to an older age, and with more high-powered machinery.

“More and more farmers are also under financial strain, so dedicating precious time and resources to managing risk may be a low priority for them – particularly if they are self-employed.

Mr Wade said farmers cannot afford to 'pay lip service' to health and safety. “A lax attitude to health and safety policies, letting standards slip or ineffectively managing risk is a false economy; if breaches are found during inspections or after workplace incidents, farmers will find themselves in hot water, facing huge fines or even jail-time.”

During farm visits, inspectors will look at key risk areas, including machinery, falls from height, and livestock – which account for many of the fatal and non-fatal injuries – as well as child safety.

Mr Wade said that farmers should not be panicked by these inspections and that it presents an opportunity to implement robust risk management procedures, if they are not already in place.

“The best way to deal with a HSE inspection is to ensure that you are compliant with health and safety law. We know farmers are incredibly busy and may feel they do not have the time to review, implement and enforce better health and safety standards.

“But farmers can take simple, practical steps to improve their performance. Firstly, they should identify the risks posed by their business and create health and safety policies aimed at reducing these risks.

He added: “Farmers who are hard-pressed for time should consider appointing someone within the business to look after health and safety policies and procedures, ensuring they have the training and knowledge required, or seek support from an external expert, who can identify gaps and missed opportunities, as well as make recommendations for improvements.”

Mr Wade said that farmers should also bear in mind the tougher penalties imposed on those who breach health and safety laws.

Following a shake-up to sentencing guidelines, farming companies with a turnover of up to £2m who are found to have breached the Health and Safety at Work Act 1974 can now expect to pay fines of up to £450,000.

Individuals found guilty of breaching the law can be handed unlimited fines or face a two-year prison sentence.

In 2017/18, the HSE issues 272 improvement notices and 68 prohibition notices to businesses in agriculture, forestry and fishing.