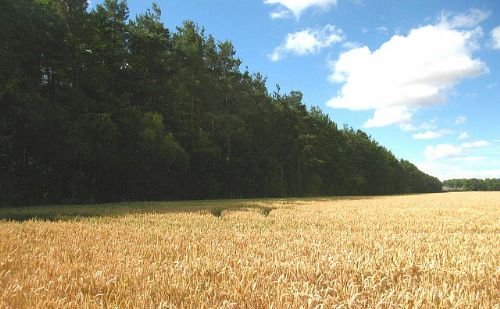 The flagship current affairs program will feature footage of the Lincolnshire farmer questioning the value of Rothamsted’s ’1.28 million GM crop trial, which is designed to repel aphids from spring wheat.

Lundgren points out that not only are GM food ingredients currently rejected by every major British supermarket but that ’serious aphid infestations on spring wheat are infrequent, control costs are low and aphid outbreaks are often controlled naturally by predators. Why are we spending scarce agricultural funding on a trial whose aim is to repel aphids from spring wheat, which only accounts for 1% of the UK crop? This crop won’t help me to feed my family, let alone help farmers feed the world’.

by other scientists and campaign groups.

Dorset farmer Jyoti Fernandes, will meet with Rothamsted’s John Picket live in the studio. Fernandes has a unique perspective on the impacts of GM through her family who farm in India and the US.

Lundgren is also concerned about risks posed by the crop, which, if applied commercially could see aphid pests displaced into other nearby (non-GM) crops.

’For me as a wheat farmer, this trial is both irrelevant and irresponsible.’ These comments come as influential group of MPs - The Environmental Audit Committee, are calling on the Government to refrain from licensing GM crops until their benefits have been proved. In a report published this week, the Committee challenged the Government’s promotion of the ’sustainable intensification’ model of food production, including questioning its support for GM technology.

The committee heard evidence that food shortage problems could be ’better addressed through other means’, for example by tackling the 30 per cent food grown globally that is lost or wasted. The MPs call on the Government to establish an independent body to research into the impacts of GM starting with ’the scope for, and risks of, the co-existence of GM crops with conventional and organic farming regimes’.