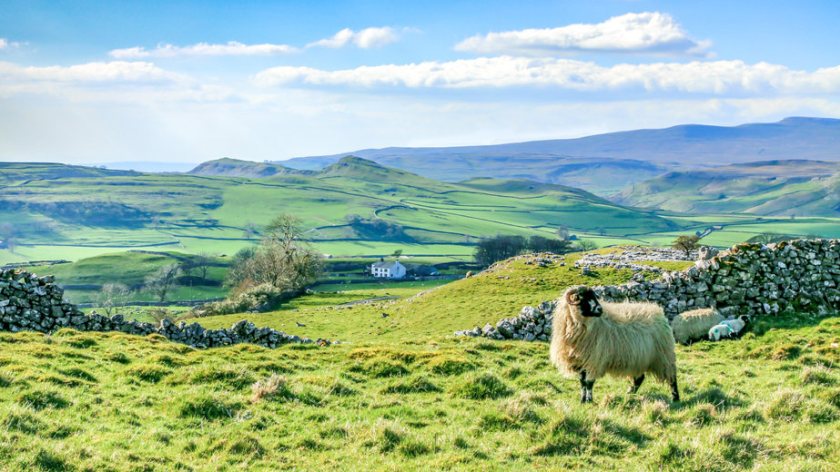 Farmers have slammed a Telegraph article as 'factually incorrect' and 'damaging' after the author suggested that sheep should be removed from National Parks for being a 'menace' and 'visual blots'.

In the article published on 25 November, destination expert Chris Moss said the UK’s national parks were being used as "glorified sheep farms," and that the "time has come to put a stop to this ovine invasion."

The article, titled 'There’s a fluffy white menace that is spoiling Britain’s National Parks', said that sheep are polluting 'soil with their poop' and the atmosphere with 'methanous emanations'.

It also suggested that the UK must reforest great swathes of the countryside if it is to get near its national climate goals.

Mr Shop wrote that sheep "nibble away at fresh buds", and "reduce any rough patch of bee-and bird-friendly bush to the same lawn-like blandness".

"They are also visual blots on any landscape; their woolly presence itself a kind of monoculture," the writer said in the Telegraph article.

The piece has since drawn criticism from the sheep sector, with the National Sheep Association (NSA) slamming it as 'unhelpful and divisive'.

NSA chief executive said: “Mr Moss states that sheep are ruining our landscapes, including in National Parks, ignoring the fact the vast majority of these are in areas where sheep farming is the predominant land use activity.

"Maybe he should consider that it is thousands of years of sheep and livestock farming in these areas that has actually made these iconic regions such that people want to designate them as national parks.

"In fact, sheep farming and its relationship with the Lake District landscape and culture is one of the core reasons why this national park was designated a World Heritage site in 2017."

The article suggested the UK must reforest landscapes, but the NSA said that planting forests on peat soils such as those found in many National Parks had been shown to have a negative influence on carbon emissions.

And rather than the sheep ‘poo’ polluting the soil, the group said it "formed part of a natural ecological cycle that had gone on for millions of years sustaining soil life, and then as a result, life above the soil too."

Mr Stocker added: “I hope it doesn’t come as too much of a shock but Mr Moss should know that his weekly organic vegetable box is likely in part at least, to be relying on livestock manure feeding the soil and providing nutrients for growth.

"And if he is one of the small number of our population that chooses never to include lamb or mutton in his dishes then he will know that the soya, almond and palm oil that he relies on for his nutrition does little to support the forests in other parts of the world.

Highlighting the 'common misconception' that removing grazing livestock would still allow people to enjoy the countryside, Mr Stocker said: “Removing sheep would soon result in walkers having to carry a brushcutter with them to clear a route through the Molinia grass, bracken, brambles, and gorse that would grow without the grazing animals to keep this at bay."

Finally, he added that National Park ‘territory’ is an area-based land designation, but the vast majority of the land is not owned by the National Park, or the government, or the public.

"In fact, it is not a park at all in the normal meaning of the word," Mr Stocker explained, "This land is mainly privately owned and integrated into local enterprise and economies.

"These communities and their traditional farming methods need to be treated with respect and consideration - not carelessly attacked as done so in this feature.”