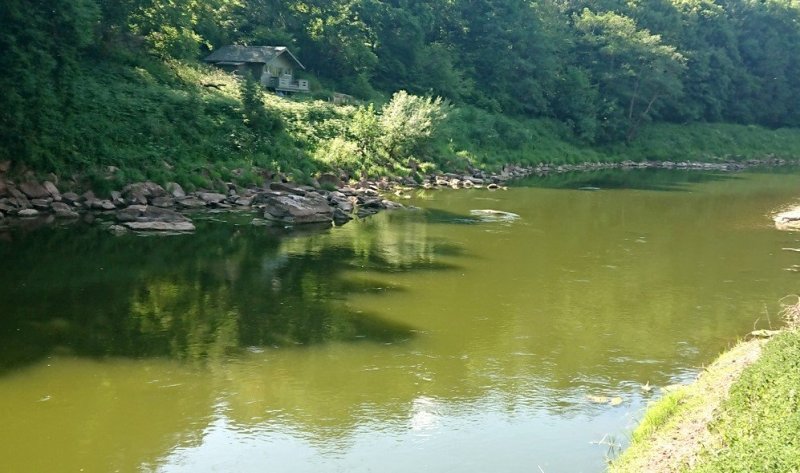 Welsh farmers have spoken of their 'extreme frustration' with a charity after it generated 'harmful publicity' claiming poultry farms were harming rivers.

Farm leaders in Wales have criticised claims made by the Usk and Wye Foundation that poultry farms caused the River Wye in Powys to turn green.

The environmental charity suggested that phosphate - coming from poultry farms close to the river's tributaries - had caused a 'severe algal bloom'.

Since the Usk and Wye Foundation issued the report, NFU Cymru said that a 'tranche of damning articles' in the national press followed.

But the Natural Resources Wales (NRW) has subsequently stated the recent algal blooms came at a time when river levels were close to lowest recorded levels and followed the sunniest May on record in the UK.

Including the effect on warm water temperatures, they were all factors which contributed to the development of algal blooms in rivers, NRW said.

The environmental body also stated that long term phosphate levels in the Wye catchment had been declining.

NFU Cymru said the portrayal of the farming industry in recent weeks had left farmers 'feeling scarred and hurt'.

It criticised the Usk and Wye Foundation for making a 'reckless' and 'damaging' statement.

It follows a virtual NFU Cymru Brecon & Radnor and Monmouthshire county meeting where the matter was discussed.

Egg producer Gwyn Price, who attended the meeting, said: “We have always been open to working with the Wye & Usk Foundation and other organisations.

"I, like many farmers I have spoken with, feel that trust, respect and confidence in this organisation is now undermined as a result of its gross misrepresentations of farming in mid Wales."

He said representatives of the Usk and Wye Foundation were 'not welcome on his farm again' following the 'detrimental statement' they had released.

"I think the public deserve to know factual information and as poultry producers we are highly regulated, monitored and routinely inspected," Mr Price said.

“Natural Resources Wales had stated the phosphate levels in the Wye are declining and proactive visits to poultry units have identified no serious issues.

"As poultry producers we are proud to produce eggs and meat that form a staple part of an affordable, versatile and healthy diet," he said.

"We are proud of the animal welfare, environmental and food safety standards that we operate to and that are regularly checked and verified by government and their agencies, alongside independent assurance bodies and our customers."