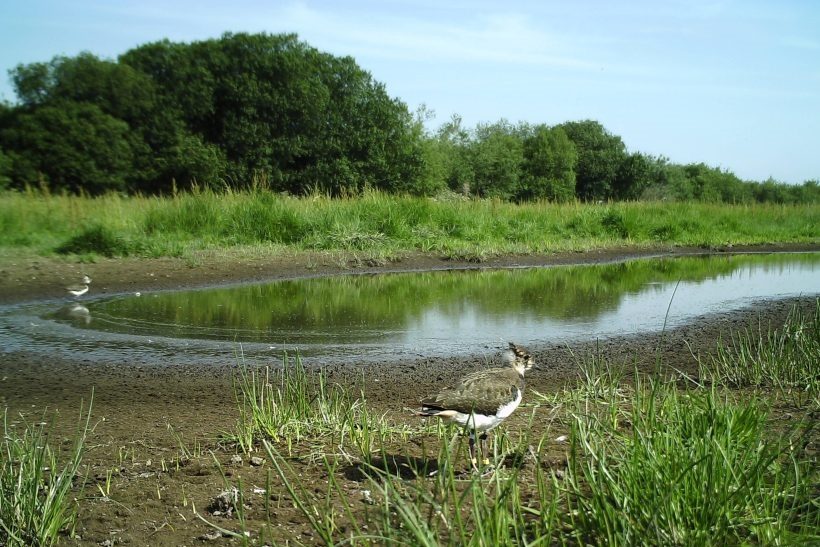 A project in the Avon Valley is driving a recovery in lapwing numbers thanks to the work done by local farmers in key breeding grounds.

The LIFE Waders for Real project has managed to reverse the downward trend of waders in the Avon Valley between Salisbury and Christchurch.

Central to that success has been the commitment of 40 farmers and landowners working together to help their lapwing population.

The project, spearheaded by the Game & Wildlife Conservation Trust (GWCT), has succeeded in boosting lapwings in the Avon Valley, from 61 pairs in 2015 to 105 in 2019.

Crucially, it has also succeeded in improving breeding success. To remain stable, a local population needs to fledge an average of 0.7 chick per pair each year.

Prior to the project, lapwing productivity had dropped as low as 0.4 young per pair. By 2019, the figure was 0.96, safely exceeding the critical level for sustainability.

The project has also seen remarkable success with the redshank population - having increased from 19 pairs in 2015 to 35 in 2019.

LIFE Waders for Real project leader Lizzie Grayshon said the project wouldn’t have worked without the farmers and gamekeepers driving it.

"We opened their eyes to some of the issues and provided guidance on possible mitigations," she added.

"The extra work these working conservationists put in to help the lapwing on their land has been truly inspiring.”

Avon Valley farmers Will and Judy Mitchell, who run a 500-acre mixed livestock farm, now only graze experienced stock on the water meadows.

This has cut the risk of nests being trampled and helped achieve the ideal sward with tussocks and large hoof prints, which hold moisture and insects for the young lapwing chicks: “We will always do what we can for the birds,” Mr Mitchell said.

Despite being one of Britain’s most iconic birds, the lapwing is also one of the most endangered species - with numbers plummeting by 80% since the 1960s.