Farmers encouraged to take action to care for bees 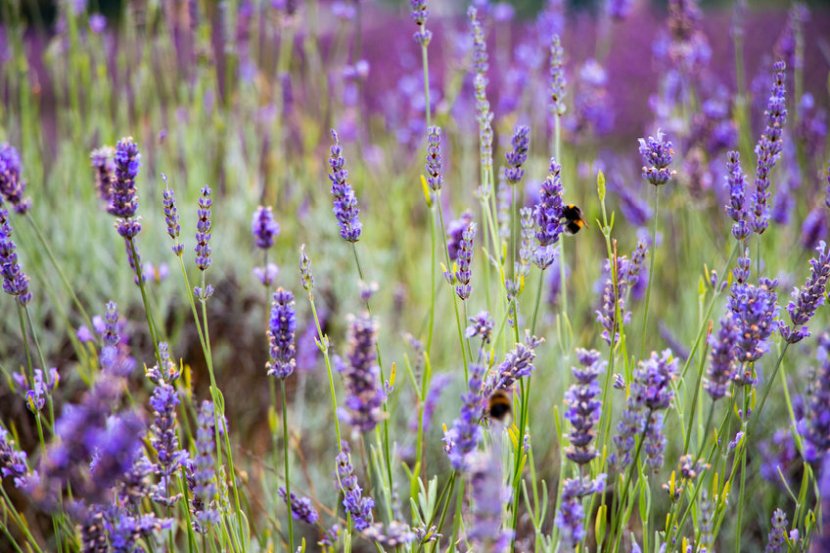 Farmers and land managers are being encouraged to take actions to care for bees and other pollinators as part of a week-long initiative.

Bees and other pollinators are an essential part of the environment and play a crucial role in food production.

They contribute the equivalent of more than £500m a year to UK agriculture and food production, by improving crop quality and quantity.

Defra and several green organisations, including the Royal Horticultural Society and Bumblebee Conservation Trust, are behind the week-long initiative.

They are calling on individuals, farmers and land managers to grow more flowers, shrubs and trees, and to think carefully about whether to use pesticides.

The organisations are also urging the general public to let their gardens 'grow wild' and to cut grass less often.

Defra farming minister Rebecca Pow said bees and other pollinators were 'vital' to the environment, economy and biodiversity.

“Everyone can help them flourish by leaving patches of garden to grow wild, growing more flowers, cutting grass less often, not disturbing insect nests, and carefully considering how we use pesticides," she said.

“Actions that we can take for pollinators and biodiversity will enable us to tackle and adapt to climate change – I encourage everyone to get involved.”

There are thousands of pollinator species in the UK – from wild pollinators including bumblebees and many solitary bees, moths, flies and butterflies, to honeybees.

But their populations are under threat. Defra explained they were at risk due to habitat loss and fragmentation, invasive species, pests and disease, climate change and inappropriate pesticide use.

Through its National Pollinator strategy, the department is working with farmers to provide improved habitats for pollinators on farmland.

The networks have been over the last 20 years and includes several projects aimed at providing a better home for pollinators.

One of the projects is the East Kent Valleys project, where a large network of newly created species-rich grasslands has transformed the area into an insect rich landscape, allowing butterfly species to colonise.

Natural England CEO, Marian Spain called on the public, farmers and landowners to take part in Bees' Needs Week and beyond.

“Without nature we could not live. Pollinators including bees especially show us this; holding the environment together by moving pollen between plants, enabling whole systems to be sustained and replenished, and ensuring vital food supplies for wildlife and people.

“From changing the way you garden, to asking your council to leave long grass on road verges, parks and schools grounds, to using citizen science to learn even more about bees and other wildlife, we can all take part.”