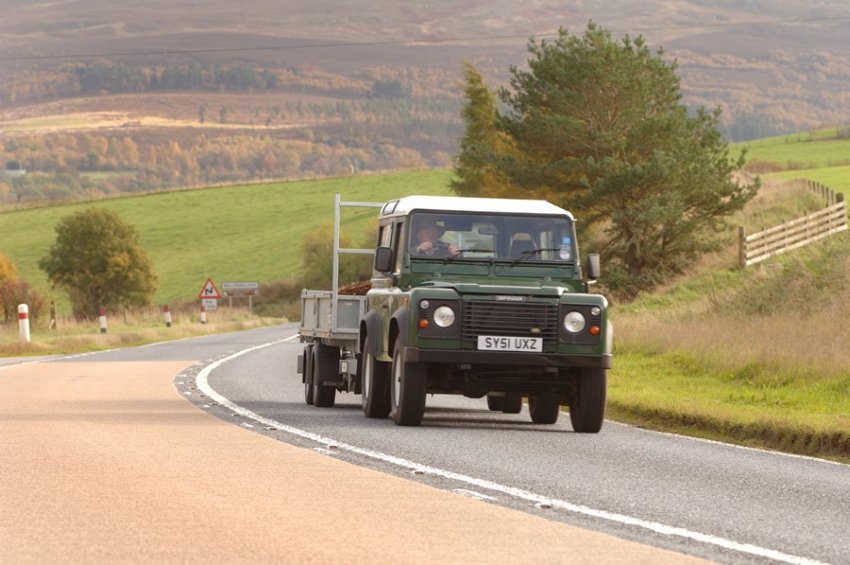 The farming industry has been 'left in limbo' after government plans to change trailer test requirements stalled, industry groups have warned.

To increase HGV driving test capacity, the government intended to alter rules from 15 November to allow for those who passed their driving test after 1 January 1997 to tow a trailer without passing a B+E category test first.

The plans failed to complete the required parliamentary process, and no date has been given as to when that is likely to happen.

In a double whammy, there is currently no procedure for those looking to take the test to do so.

It means that without a B+E category licence, a farmer or farm worker cannot tow and there is no way of passing a test at this time.

New regulations are expected to be re-laid shortly but farming groups are calling for urgent clarity.

One of those calling for more information is NFU Scotland, which is urging those affected to contact their MP on the matter.

The union's transport adviser, Jamie Smart said that farmers wanted the issue of licencing to tow a trailer 'sorted out now'.

"Government must recognise the problems it has created for those who need to tow but do not have the +E qualification and cannot sit a test to get it," he said.

"They have been left in limbo. There is no indication of when and if an automatic entitlement system is going to be enacted so we need to know a timescale for when the changes to legislation are going to come into force."

He added: "Additionally, many of the companies who previously offered trailer training are not offering any courses as they were expecting the new legislation to come into force.

"This is a mess that government must address immediately."