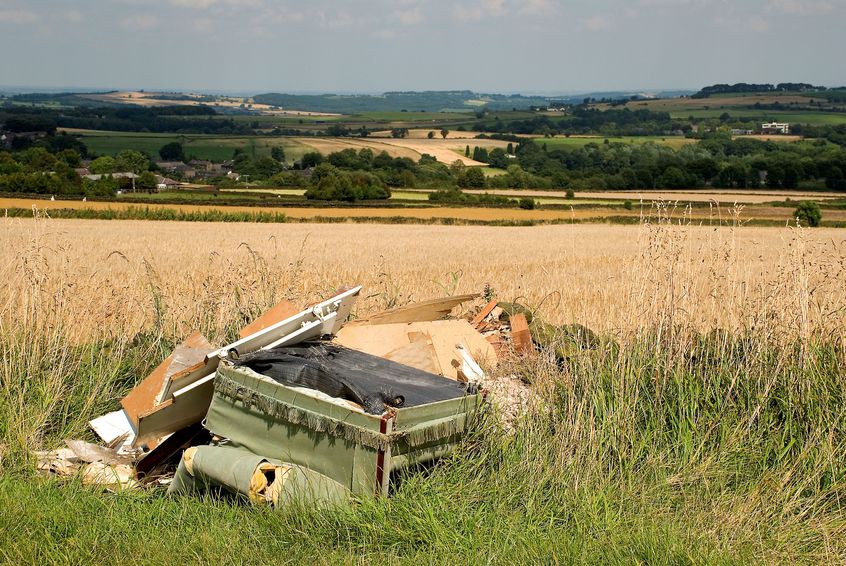 Urgent action is needed to deter fly-tipping incidents on farmland, the NFU says

Calls are growing for fly-tippers to face tougher punishments as new figures show farmers are the group most affected by illegally dumped rubbish.

The Environment Agency's survey has again thrown into sharp focus the extensive problem that fly-tipping is causing for farmers and landowners.

There were 836 responses to its national waste crime survey, showing that farmers were most affected by large-scale fly-tipping.

It also shows that 15% of landowners had reported making an insurance claim to clear dumped waste.

Responding, the NFU said the rising number of incidents was having a 'devastating impact' on farming businesses across the country.

It is calling for urgent action, including tougher punishment and deterrents, to tackle fly-tipping as a priority issue for rural communities.

Deputy president, Stuart Roberts said: “I hear every day about industrial-scale amounts of rubbish such as builder’s rubble, old furniture, kitchen appliances and used tyres being dumped in fields.

“Our own rural crime survey in March revealed fly-tipping was the most prolific crime experienced by our members, with nearly half (48%) of those surveyed saying they had been affected by fly-tipping in 2020.

"Not only is it affecting the hard work of our farmers in producing food and caring for the environment, but it’s taking a huge toll on farming families both emotionally and financially."

More than 50,000 people recently signed an open letter to the new Police and Crime Commissioners calling for better collaboration to tackle prevention, clean-up and prosecution.

The NFU said that more education was needed on householders' legal obligations of disposing rubbish and how they could better reduce, re-use and recycle their waste.

The union added that the Environment Agency, police, local authorities, and farmers should work together to tackle the problems.

"In some areas these relationships work well but we want a more consistent approach across the whole country," Mr Roberts said.

"Everyone hugely values the benefits the countryside brings, and none of us want it blighted by huge amounts of rubbish being strewn across fields and on the sides of rural roads.

"It’s important government and local authorities take the lead in making people aware of their responsibilities."